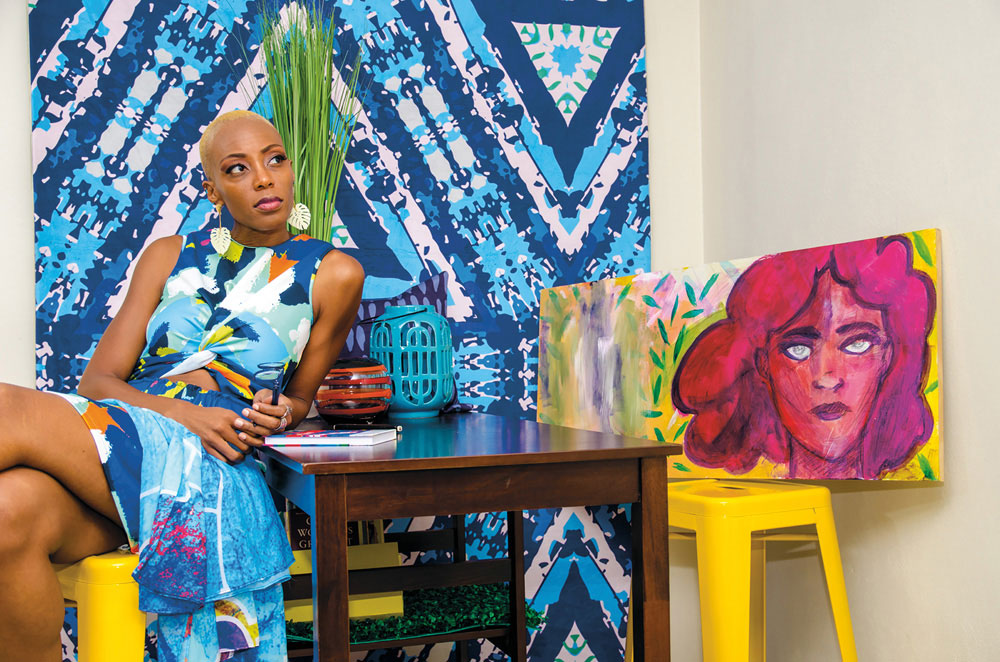 The creative sector was identified by Trinidad and Tobago as a priority sector for growth in 2011. What has it achieved since then, and how far does it still have to go to become a viable contributor to GDP?

The Caribbean region is by no means short of globally recognisable artists; and for decades now Trinidad and Tobago has stood out as one of the region’s major artistic sources, with the likes of Michel-Jean Cazabon, Sir Vidia S Naipaul, Sparrow, Geoffrey Holder, Boscoe Holder, Billy Ocean, Peter Minshall, Heather Headley, Nicki Minaj, Meiling, Bunji Garlin, and Machel Montano.

These artists have generated global reach beyond what the country’s size would suggest. And in recent times, new digital, mobile and internet technologies have offered creatives alternative business models and markets, creating the space for new areas of employment such as animation and gaming.

Growth of the sector

By way of contributions to GDP, exports, employment and intellectual property earnings, the cultural/creative industries, even amidst global economic setbacks, continue to outperform most other sectors in Caribbean economies. In tandem with other key stakeholders, and in recognition of the industries’ vast potential, Caribbean governments have recently begun to carve out strategic pathways to develop the industries with the aim of diversifying their economies.

The government of Trinidad and Tobago, for example, in 2010 highlighted the creative industries as growth poles in its quest for “consensus building, advanced social and economic prosperity and sustainability, and successful diversification” (GORTT 2011).

The country’s carnival activities, for instance, generate on average about 12% of arrivals and visitor expenditures on an annual basis, a spectacular return on investment considering its official events span a three-week period. Its impact on other sectors such as media, retail, food and beverage, and ground transport are also quite significant. In 2017, the estimated total visitor expenditure was measured at US$50 million.

It can be argued that through their synergistic relationships with other sectors in the local economy, the creative industries rank among the top revenue earners in Trinidad and Tobago. In 2006, the music industry was reported as having earned US$28.2 million and employed some 5,500 people. In film, between 2007 and 2016, foreign filming on the island contributed some TT$37 million.

According to the Minister of Planning and Development, Camille Robinson-Regis, the internet technology sector, which has significant influence in the creative industries, has the potential to surpass its present contribution to GDP of TT$5.5 billion (CreativeTT, Trinidad Guardian 2018). Invariably, the spend in these and other creative industries doesn’t capture the synergistic impact of intellectual property branding and destination branding.

On closer examination of trade flows, however, Trinidad and Tobago is found to have a substantial and widening trade deficit in cultural goods. We import more than we export. Trade in services (e.g. live performances, tours, concerts, designers’ fees etc.) and earnings from cultural, heritage and festival tourism are the significant sources of export earnings; but unfortunately these are the areas where there is limited reporting and data capture, and so the sector is not adequately represented in national accounts. Other challenges to business development include the lack of access to fintech services and capital from the local financial sector.

Recommendations and next steps

The Copyright Music Organisation of Trinidad and Tobago (COTT), for example, has been critical in areas of revenue generation by securing royalty income for authors and composers, and in the deepening of the institutional structure of the sector. As the global cultural economy is further aligned with digital trade, the role of COTT and digital aggregators will become even more important.

There has also been growth in the festivals sector (e.g. the Bocas Literary Festival, the Trinidad and Tobago Film Festival, Animae Caribe) and in the export expansion of some sectors, particularly mas (carnival), fashion, music, animation and film.

Export facilitation by way of entities such as CreativeTT, exporTT, TTBizLink, the drafting of a national cultural policy, and the Cariforum-EU Economic Partnership Agreement (EPA) also create valuable space for industry expansion.

Going forward, there is need for governmental agencies to monitor and evaluate existing policies and support mechanisms, allocate greater capital investment, and provide adequate and appropriate training programmes for both business start-up and business expansion.

Another critical area is financial sector reform to reflect the needs of this industry. Such approaches would require the collaboration of key stakeholders, the mapping of sectoral performance, digital innovation, and the adoption of a managerial culture that prioritises improved quality and global competitiveness.

Government of the Republic of Trinidad and Tobago, Ministry of Planning and the Economy, Mid-Term Policy Framework 2011-2014, Innovation for Lasting Prosperity. Accessed November 21, 2018. http://www.finance.gov.tt/wp-content/uploads2013/11/medium-Term-Policy-Framework-2011-14.pdf