A new champion is crowned at the Angostura® Global Cocktail Challenge

The latest Carnival tunes seem to be coming from everywhere. It’s Carnival Sunday and Port of Spain is bursting with energy. Accents from near and far can be heard at The House of Angostura as eleven bartenders from around the world compete in the Angostura® Global Cocktail Challenge.

The 11 mixologists represent the best of the best. Fierce rivalry was demonstrated as 260 participants from 47 countries competed in the semis. But only Leesha Marcellin of Antigua, Martin Tummino of Argentina, Daniel Gregory of Australia, Maximiliano Vallée Valletta of Canada, Pedro Martínez of France, Johnny Mansour of Lebanon, Joshua Ivanovic of Malaysia, Ray Letoa of New Zealand, Kishion Guillaume of Trinidad and Tobago, Thomas Kirk of the UK, and Alexander Kirles of the USA made it to the finals in Trinidad and Tobago.

They’ve got seven minutes to produce a “Rum Cocktail” and an “Amaro Cocktail”. Their inventiveness and skill will be put to the test using the world-famous ANGOSTURA® aromatic bitters, ANGOSTURA® orange bitters, Angostura® Rums and Amaro di ANGOSTURA®. The timer is set. Who will emerge the ultimate winner?

The fun has begun.

Under the ticking clock the top three finalists were separated by the smallest of margins. Maximiliano Vallée Valletta of Canada received third place, while second place went to Johnny Mansoor of Lebanon representing the Middle East and Africa. With cocktails called “Old Flame” and “Deliciousness”, superstar bartender Ray Letoa of New Zealand has won the Grand Finals.

“Now I’m looking forward to meeting people and telling them about the ethos and the passion of the people that make Angostura’s® rums and bitters,” says Mr. Letoa, adding that the Angostura® Global Cocktail Challenge was “the toughest” of all the cocktail competitions he has entered.

Dare to try his winning recipes?

In a chilled rocks glass with a large ice brick, assemble all ingredients and stir until a required level of chilling and dilution is achieved (about one minute of sitting, then 20 stirs). Garnish with an orange zest (not flamed), and if possible a chilli chocolate ganache.

Whip egg white until stiff, fold in coffee liqueur and leave to the side to make a foam. In a rock glass assemble all other ingredients over an ice brick and stir, then layer over coffee liqueur foam. Lightly brulee 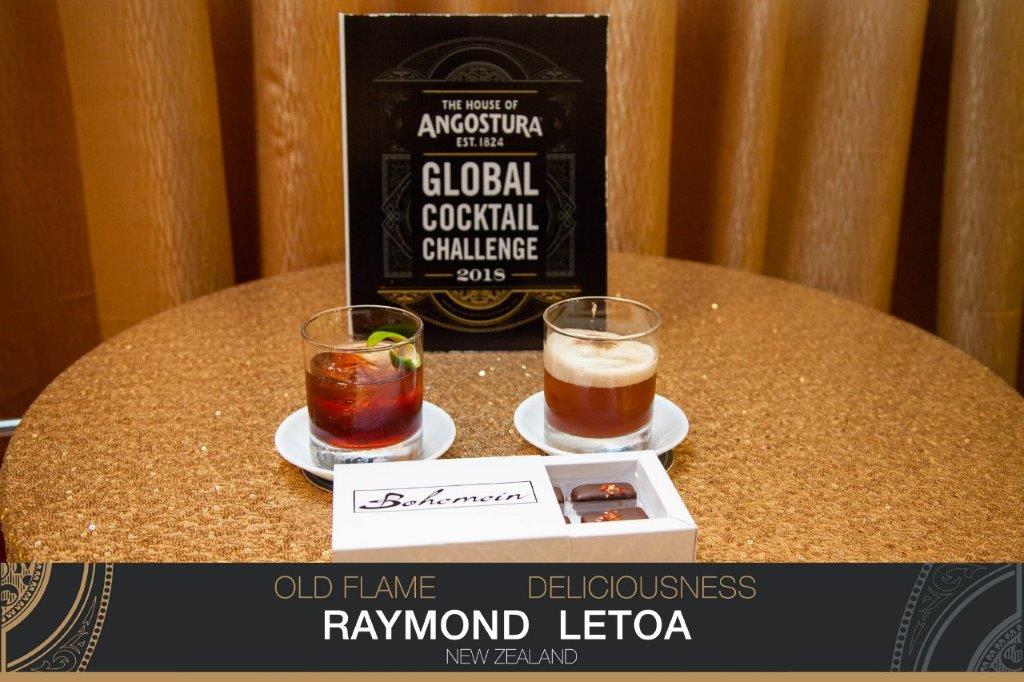 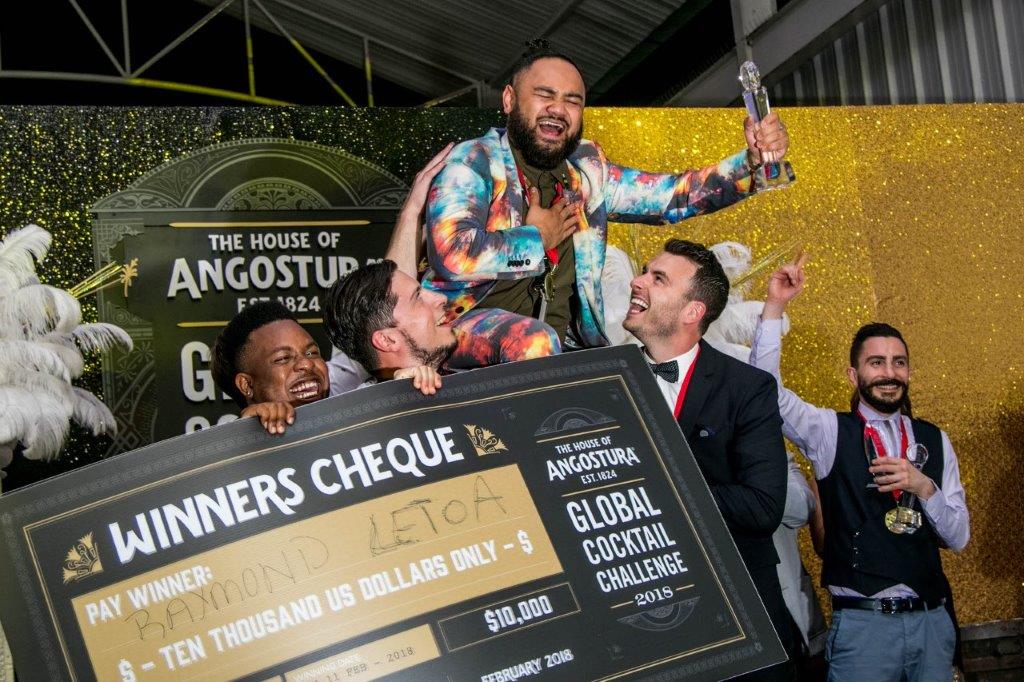