MEP is a small, family-run publishing company where humour and eccentricity are valued as intrinsic parts of creativity! We’re informal around everything except getting the job done, and treating our clients with the respect and attentiveness they deserve. Here’s more about our founders, and our team. 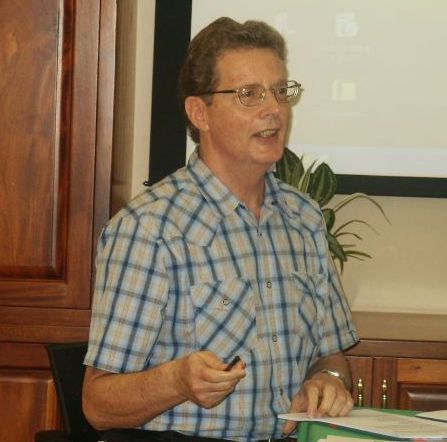 Co-founder and Chairman of the Board

Jeremy worked with the British Council and then as a teacher in England, Kenya and Trinidad after completing his MA in English at the University of Cambridge. He then embarked on a career as a freelance journalist and commentator, contributing to a wide range of media including the BBC and the London Times. He edited the Caribbean Chronicle and BWIA Sunjet before co-founding MEP in 1990 with Joanne Mendes. Some of his articles and broadcasts were collected in Going to Ground (Prospect Press, 1994), and he wrote a guide to Trinidad and Tobago, Masquerade: the Visitor’s Introduction to Trinidad & Tobago, for Macmillan (1986, 2nd edition 1991). He was the founding editor of Discover Trinidad & Tobago, ENERGY Caribbean and Caribbean Beat, on which he remains a consulting editor, and currently serves as Consulting Editor for select client projects like CONTACT Magazine and Parkite Sports Magazine. Despite semi-retirement, he continues to enjoy writing and editing work – if only to “keep the brain ticking over” – and ever remains a threat to cakes and ice-creams left over after staff functions. 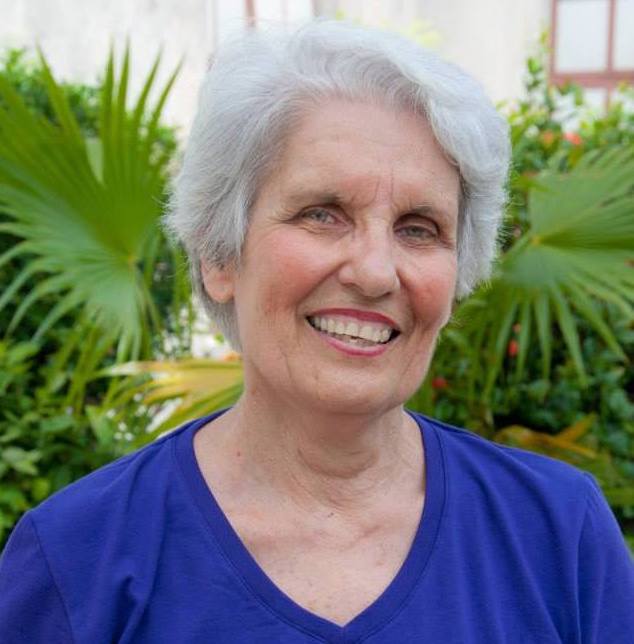 Joanne worked at AS Bryden and Geddes Grant/Huggins for over 20 years before co-founding MEP with Jeremy Taylor in 1990 — with her selling advertising, and Jeremy working on the editorial. A founder member and still the production manager of the Marionettes Chorale, Joanne is a passionate about arts, culture, philanthropy — and property management! Affectionately referred to as “de money lady” by her staff, she relishes a challenge, and seldom emerges anything but victorious. Pistachios and Turkish Delight are effective means of winning some measures of favour when needed. 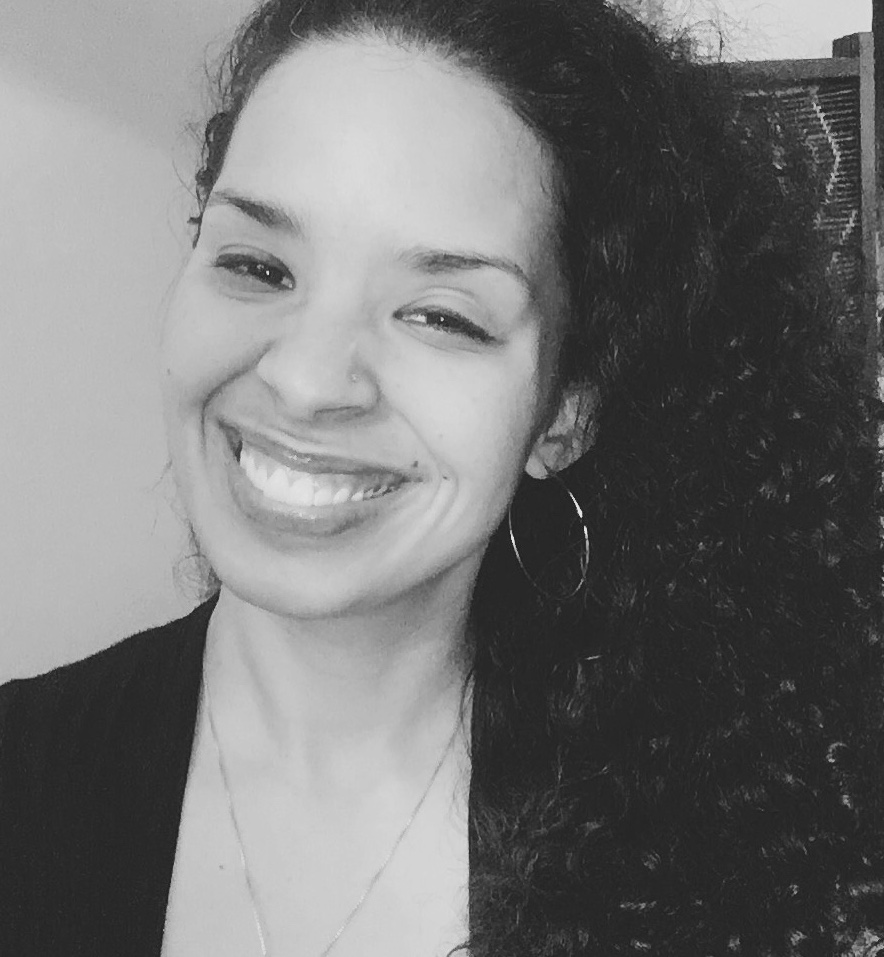 Managing Editor and Board Director

Caroline is a staff writer and web editor for Caribbean Beat, Parkite Sports Magazine, and Contact Magazine; managing editor (print and web) for Discover Trinidad & Tobago; and serves on the Board of MEP. Apart from her editorial and managerial responsibilities, she ensures that everyone benefits from much-needed puppy therapy whenever things get hectic. Caroline also moonlights in film, TV, and the performing arts and, time permitting, does other freelance and volunteer work for people, organisations, and causes she cares about. She is currently trying to master managing her climate anxiety, unplugging from her “iLife” (no trademark infringement intended), and breaking her sugar addiction — with very little success. These all remain an iWork in progress… 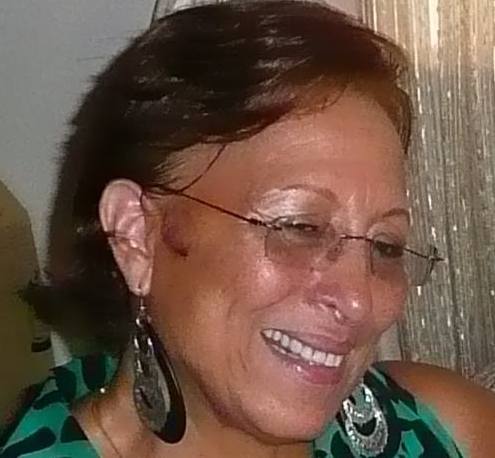 Susan David Dore was born under the sun sign of Leo. She retired from Republic Bank in 2002 as General Manager, Human Resources after 38 years of unbroken service. She has been involved with the Marionettes Chorale since 1965, and continues on its executive management team, while also working with the Living Water Community. She has served on the MEP Board since inception, including as Chair, and her infectious (scandalous) laughter is always a welcome addition to the office and to company functions.

Mary Jo loves to work — and to run! New ideas and new opportunities excite her. Change Management is her passion, as is helping to create new organisations, or working to help existing ones move in new directions. She has worked extensively as CEO and President of some of Trinidad & Tobago’s top companies, and is equally committed to volunteering with NGOs which promote the economic, educational, and physical development of women. At MEP, she quite possibly has taken the top spot in terms of Coke Zero consumption… 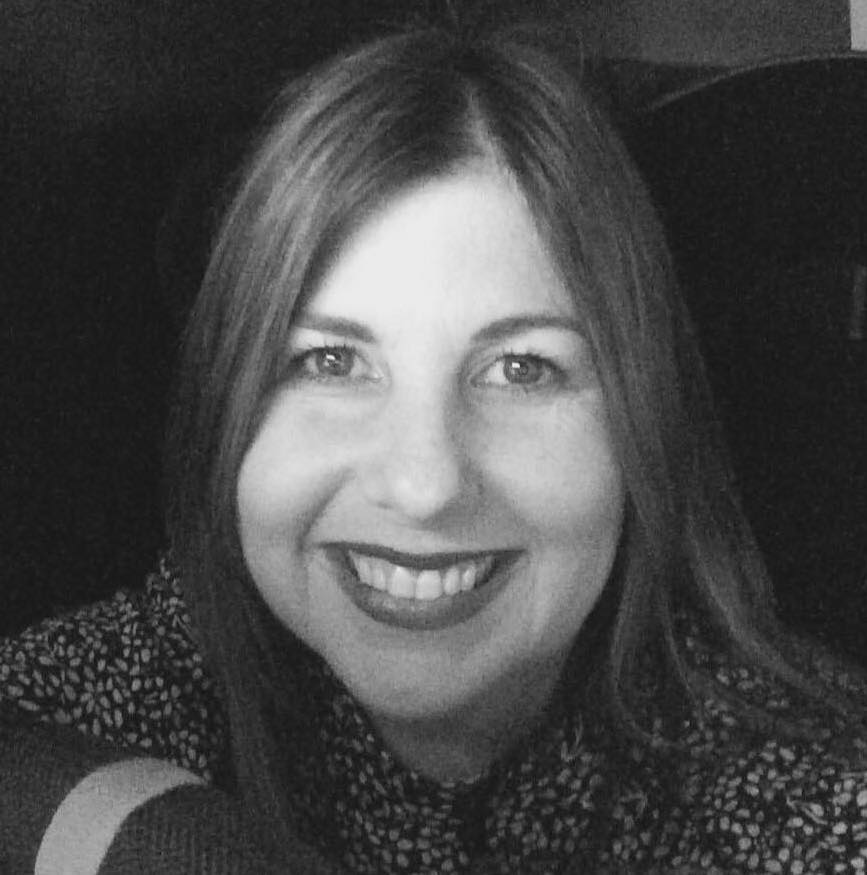 Halcyon joined MEP in 2010 and has extensive experience and training in communications and management, and worked for many years as assistant general manager at the Trinidad & Tobago Guardian. She has also worked with Pier 1, GEM Radio, Music Radio 97, and radio stations in Florida, USA. An animal lover like most of her staff, she’s passionate about health, wellness, culture and philanthropy. She’s also responsible for smuggling sweets and cakes into the office, with or without gluten… 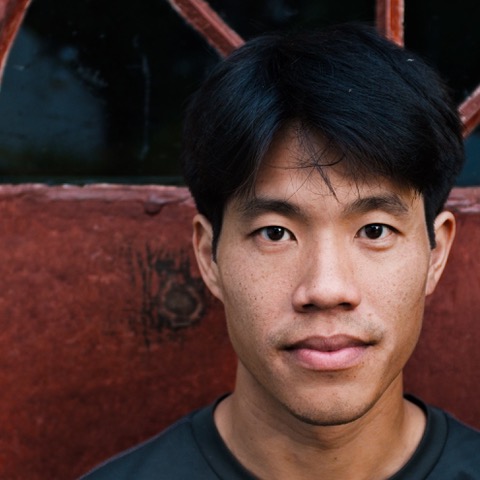 Kriston is the graphic designer for Wanderer by Caribbean Beat, CONTACT Magazine, Parkite Sports Magazine, and Discover Trinidad & Tobago. He enjoys long walks on stilts and headstands. As the resident stilt-walker/designer at MEP, he’s often asked to divulge moko jumbie secrets — but refuses. However, he’s an open book about all things typography. He runs a risograph print and design space at Granderson Lab in Belmont called Toof Press, and on weekends teaches community stilt-walking in a backyard space called Alice Yard. 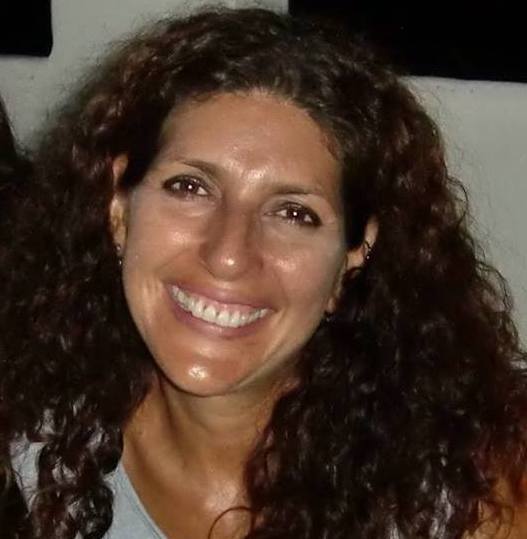 Evelyn is the business development manager (Tobago & International Sales). Originally from Venezuela, she has lived in T&T for over 20 years, working both in the publishing industry, and as a scuba instructor and director at the dive shop (Undersea Tobago) that she co-founded with her husband, Derek. Life is always spicier whenever Evelyn can make it over to the Trinidad office from her base in Tobago. 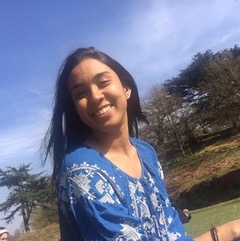 Kristine is MEP’s second editorial assistant, freelance writer, and travel journalist in her spare time. Prior to working with MEP, she served as an intern at Peepal Tree Press in the UK and became a staff writer for Explorersweb. After graduating university, she decided to return to Trinidad in order to take her interest in travel journalism to the next level. She enjoys photography, blogging, making her own stationery…and the law of attraction!

Tracy is a business development representative (Trinidad Sales). Long before joining the team at MEP, she had already had a long-standing relationship with Beat. As a former flight attendant and an avid traveller, she never leaves a Caribbean Airlines flight without the latest edition. Tracy also works as a film producer, and has an irrepressible enthusiasm for life and country. She was last seen making room for her growing Caribbean Beat collection… 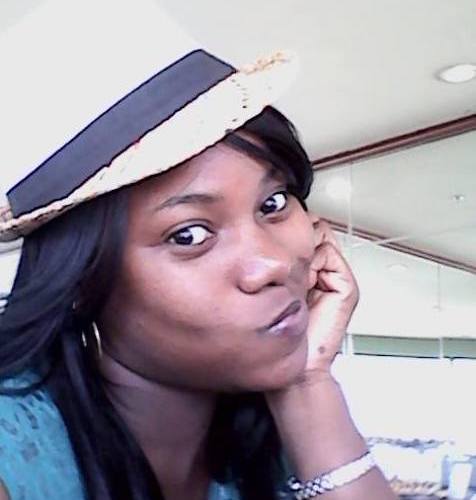 After starting out her working life in finance departments, Shelly decided to pursue her dream to be a writer and media practitioner. She’s a Barbadian adventure seeker at heart, and often galavants off the beaten path. She works as a writer and editorial/design assistant for all MEP’s publications. She enjoys copious amounts of Zumba and the occasional rum cake. She also makes some very decadent baked goods, with a deceptively health twist! 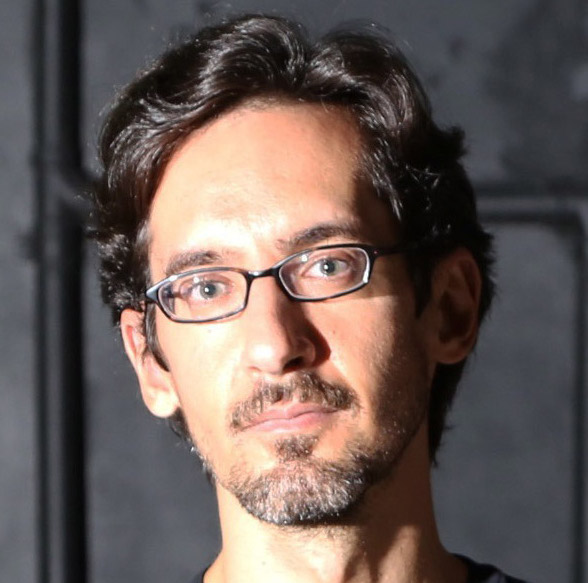 Nicholas is the editor of Caribbean Beat, and editor of The Caribbean Review of Books (CRB) (formerly published by MEP). He is also one of the administrators of the contemporary arts space Alice Yard and the Bocas Lit Fest (The Trinidad & Tobago Literary Festival). His reviews, essays, and poems have been published in various periodicals. He has also edited CLR James’ Letters from London, VS Naipaul’s Between a Father and Son: Family Letters, and The Strange Years of My Life, a book of poetry. He disputes the allegation that he will not drive cars because he does not trust how they move. This dispute is in abeyance. 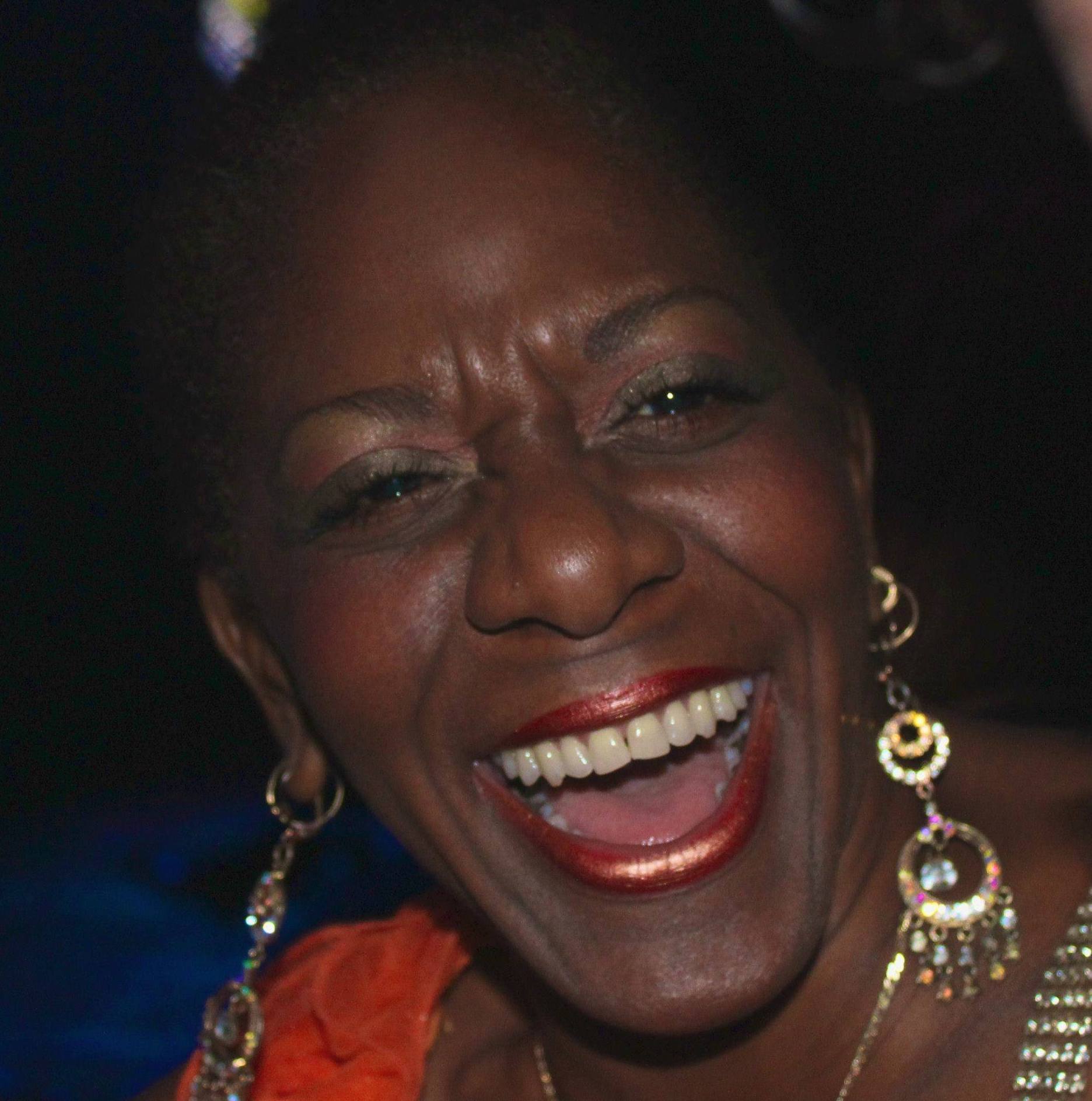 Jacqueline manages production and distribution at MEP, together with some administrative and accounting duties, after working at Neal & Massy Holdings for over 15 years. She is also a Music Festival-winning singer. She claims to bring some sanity and stability to MEP’s motley crew, and certainly keeps everyone in line. So this isn’t too much in dispute. 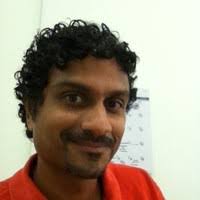 Sheldon is an avid freelance writer who divides his articles between sport, politics, and tourism. Using the other side of his brain, he is also the owner and Director of Communique Debt Recovery Ltd aiming to redefine corporate debt collection in T&T. He makes sure that his MEP family always keeps their eye on the ball… 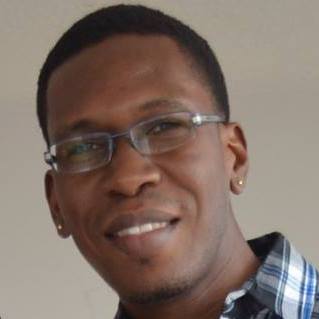 Kevon is a design and layout artist at MEP, having worked and trained at Sandpiper Publishing. Apart from maintaining the male to female ratio in the office, he also helps keep the MEP websites up to date, particularly Caribbean Beat. Ever the helpful colleague, he is usually the one called on for help when something electronic isn’t working or for the more glamorous task of reaching something on the high shelf.

How can we help you?