Angostura Bitters: the magic potion that journeyed from war to peace 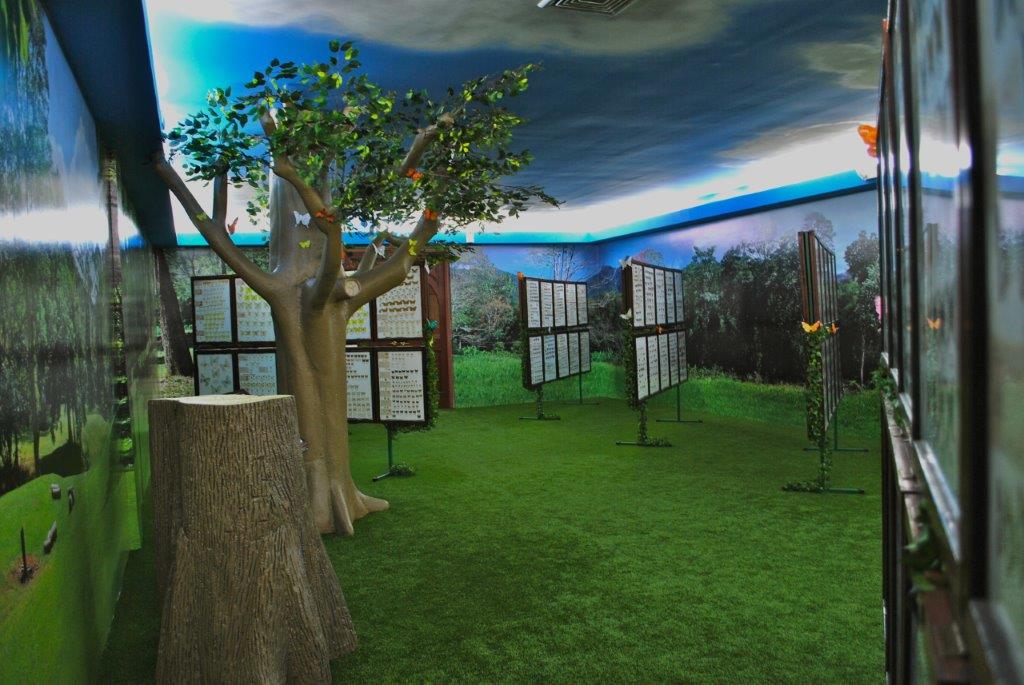 Discovering the House of Angostura

Some museums feel more like a church or a graveyard — quiet and solemn. But not the Angostura Museum and Barcant Butterfly Collection. It’s an interesting combination of delicate butterflies, spirits and bitters.

The House of Angostura, located on Eastern Main Road, Laventille, is home to the museum and collection. Sitting on 20 acres, it also houses an art gallery, auditorium, wine and spirits retail outlet, a dining room, and hospitality suites.

Angostura is one of the first brands I was introduced to as a child. Upset stomach? Add a few dashes of Angostura aromatic bitters to a cup of water. Is your lemonade or lime juice looking too pale? Splash some bitters in the pitcher. Do you think your cocktail is missing something? Sprinkle some bitters to jazz it up. Angostura aromatic bitters has been a staple for generations. A kitchen without one of these bottles is like a bar that doesn’t serve drinks.

How did that happen?

From the town of Grob Walditz in Silesia, Germany, Johann Gottlieb Benjamin Siegert studied medicine in Berlin. At the young age of 19, he enrolled as a doctor in the Battle of Waterloo. This historic battle paired the Prussians and the British in a battle to defeat the French, led Napoleon Bonaparte. Five years later, the courageous Dr Siegert journeyed to Venezuela to enlist in the liberation wars of South America, where the legendary Simón Bolívar was on a mission to free the Spanish colonies of northern South America.

Dr Siegert’s work caught the attention of the “great liberator”, who appointed this successful doctor as Surgeon General to his army. To treat sick soldiers and sailors, Dr Siegert used plants and herbs of the region. Eventually he developed a “magic potion” which cured stomach ailments. He perfected this concoction in 1824 while in Angostura, a town on the Orinoco River in Venezuela. Called Amargo Aromatico, he exported the cure in 1830 to Trinidad and England. During this period, it became known as Angostura Bitters. In honour of Simón Bolívar, however, the town of Angostura was renamed Cuidad Bolívar in 1846. 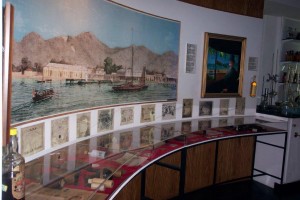 A display of unauthentic replicas of the bitters. Photograph courtesy Angostura Museum

Many people were curious about the recipe for the concoction but Dr Siegert held it close to his chest. Siegert eventually married and had several children including Alfredo, Carlos, and Luis. It was only in the latter years of his life that he revealed the formula to his son Carlos as he and his siblings entered into business. Dr Siegert died in 1870 with only Carlos knowing the recipe. So guarded and exceptional is the formula that only five people currently have the authentic recipe to manufacture the bitters!

So where does Trinidad come in?

Even through the trials of the civil war and post-war period in Venezuela, the Siegerts tried to sustain the business. Eventually, Carlos and Alfredo knew they had to act before troubled times became worse so, in the dead of the night, Carlos and Alfredo Siegert fled the country in 1875, making their way to Trinidad — just seven miles away from the Venezuelan mainland.

In Trinidad, the Siegert family continued the manufacturing of Angostura Bitters in a small factory in George Street, Port of Spain. It was called Dr JGB Siegert & Hijos. The company changed its name a few times over the years, but since 1992 it has been called Angostura Limited.

Today, Angostura’s range of products is exported to over 165 countries. In the early days, Carlos Siegert was the marketing brain of the business and he gave the company renowned global exposure. He died in 1903, and in the following years his brother Alfredo was appointed purveyor of aromatic bitters to the kings of Prussia, Spain, England, and Sweden.

If you want to learn more about Angostura, its line of products, and the Siegerts, visit the museum. A walk through will introduce you to two centuries of the business, as well as the life and legacy of the Siegert family. Artefacts, tools, photos, love letters, bottles, and a host of other memorabilia are on display, and you’ll find your tour guide knowledgeable and engaging. Locals will also recognise that street names in Woodbrook are named after the Siegerts – Ana, Gallus, Alberto, Rosalino, Luis, Petra. The square between Rosalino and Alberto Streets is also named after Dr Siegert. 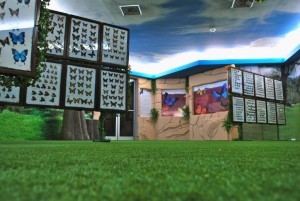 Preceding the Siegert display, the vibrant outdoor décor of the Barcant Butterfly Collection places you in a man-made botanical paradise. Sunny skies, trees, rolling hills, and grass are painted on the walls. A few faux tree stumps are also placed around the collection, and a large artificial tree is adorned with handcrafted butterflies. With ambient sounds in the background from speakers, you could almost feel that you were in a real park. The butterflies were not fluttering by but were displayed in glass enclosures spaciously positioned throughout the large room to ensure their preservation.

For 42 years, the collection has been housed here — and it’s still a major attraction. This is the largest collection of butterflies in the Caribbean. It is the work of Malcolm Barcant, who spent over 50 years gathering and documenting butterflies. An accountant by profession, he started collecting in 1921 as a child. His entire collection was housed at his home in St Ann’s, but when he decided to migrate to California, he asked Angostura to make the museum its new home. Now the public can share his love for these amazing insects. Each of the 8,000 butterflies is catalogued in his book Butterflies of Trinidad & Tobago.

The display provides information about where Barcant found his specimens and about each individual species. You can learn about the environment where the butterflies are typically found and the countries in which they are likely to be seen.

Seeing all these gorgeous creatures in one place made me want to plant some flowers to attract more. Fruits like watermelon and banana also invite them. Butterflies remind me of my own free spirit – and they are so gorgeous. Did you know that male butterflies are more colourful than the females? Female butterflies love colour, it seems, so the lively multihued bodies of the males attract them.

For such tiny creatures, butterflies have had a major impact on the Emperor Valley Zoo. You guessed correctly! It was named after the emperor butterfly, a species which frequents the valley below Lady Chancellor Hill.

The museum and butterfly collection are perfect for a family visit. Tell them they were highly recommended by the team at MEP – publishers of Discover T&T, and Caribbean Beat magazine.

Stay tuned for part two, which includes behind-the-scenes secrets of the blending and manufacturing stages of the tour!