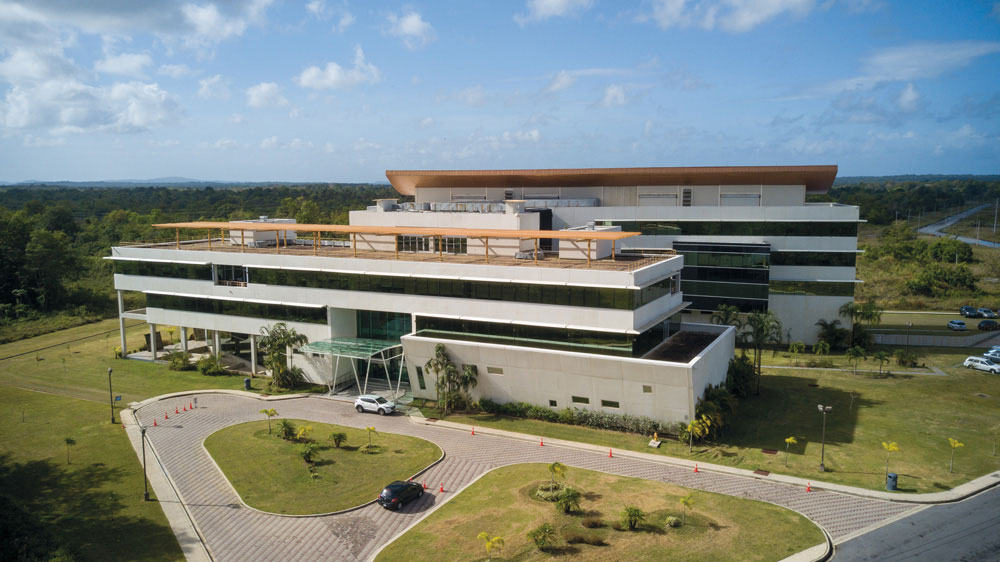 When it comes to inward investment, whether for export or not, InvesTT is the key support agency to deal with

In 2015, the US business process outsourcing giant iQor opened a contact centre in Trinidad and Tobago. The investment brought in US$4 million and created hundreds of jobs at its local headquarters in the Tamana InTech Park. New investment, new industry, new employment and foreign exchange – the deal was a major success for policymakers and facilitating agencies such as InvesTT, and for the country itself.

But what’s better than a success story? A successful second act. In 2017 iQor re-invested, opening another contact centre (this time in Barataria) and employing hundreds more. In total the company has invested well over US$7 million and employed up to 700 people.

The iQor investment is only one of many. News briefs on foreign investment and the exploits of state agencies tend not to hold the public’s attention, but for those who understand the needs of the economy, something exciting is happening. Trinidad and Tobago, after much groundwork, is becoming recognised as a fabulous destination for investment.

“There is a lot of interest in Trinidad and Tobago,” says Christopher Lewis, president of InvesTT. “We closed eight investments for the fiscal year. Our target was four.”

Lewis puts the value of the investments at US$180 million, which is impressive, but their true worth goes well beyond that. Locked in dependency on its energy sector for many years, the country has been seeking ways to develop new industries and diversify the economy. It is the role of state agencies such as InvesTT, created in 2012, to facilitate that process. Success has been limited. But the times appear to be changing.

“Opportunities are abounding right now and will continue over the next two decades,” says John Hadad, co-CEO of the HADCO Group. HADCO has partnered with businessman Paul Gabriel on a multi-million-dollar ice cream manufacturing venture, Creamery Novelties, which includes a TT$35 million plant. “HADCO has opportunities coming at us every single day. I would unequivocally recommend Trinidad and Tobago as an investment destination.”

The role of InvesTT

As analysts will point out, the country has been an attractive destination for investment for some time. Among its standout features are its low energy cost, a well-educated labour force, strategic location (near the US, Canada, Latin America and Europe, and just outside the main hurricane belt), relatively strong industrial base and infrastructure, stable government, and an enticing culture.

At heart, Trinidad and Tobago’s problem with attracting foreign investment is that, outside the energy sector, the country hasn’t been spending a great deal of effort looking for it. This legacy manifests itself in the bureaucratic hurdles to doing business. “Inefficient government bureaucracy” is listed as one of the most problematic elements of doing business in Trinidad and Tobago in the World Economic Forum in the Global Competitiveness Report.

“From an investment point of view it is challenging,” says Ashley Parasram, founder of Trinidad and Tobago Fine Cocoa Company (TTFCC), a bean-to-bar chocolate manufacturer headquartered in Piarco. “But I think people are aware of the challenges and working to address them.”

Being the bridge between the investor and the many offices of the state is one of InvesTT’s most important functions. “That’s one of the main reasons investors come to us,” says Christopher Lewis. “We help them navigate the bureaucratic path.”

InvesTT helped TTFCC in its pre-launch phase, providing vital information on the market and procedures for setting up business in Trinidad and Tobago; it introduced them to key players in relevant agencies and operated as their guide.

TTFCC is a particularly interesting venture because it was founded by a member of the diaspora. Ashley Parasram is a Trinidadian who has lived in the UK since childhood. And although the chocolate manufacturer is a business concern, he is also guided by the urge to resuscitate the country’s cocoa industry and contribute to national development.

“Attracting inward investment from the diaspora and its networks is where I see the future to be. Those networks are like gold sitting there,” he says, adding that, despite the challenges of establishing a new business, “I am definitely enjoying the fact that if I wanted to, I could get to a beach very quickly.”

InvesTT and its sister agencies exporTT and CreativeTT are very aware of the potential of the diaspora. In February 2018, InvesTT launched “iloveTT”, an initiative to engage the diaspora, beginning with an online survey for citizens based outside the country.

“We have built up a database of about 600-plus diaspora members,” says Lewis. “That’s InvesTT alone. By the time we add exporTT and CreativeTT, we hope we will have about 1,000 names.”

So far InvesTT has received over 382 responses to its diaspora survey, 92% of which expressed interest in receiving more information. Another 32% were interested in trading with Trinidad and Tobago, and 23% in investing. At the time of this writing, Lewis and his counterparts at the other agencies were planning a webinar with diaspora members for February 2019, following a successful event in 2018 at which they were able to obtain qualitative information on diaspora interests.

Lewis sees great potential in this initiative. “They know Trinidad and Tobago, and generally they are predisposed to assist. They are a skilled diaspora, skilled and well connected.”

“Potential” is a word that comes up often in conversation, both with InvesTT and investors themselves. There’s a fresh energy and enthusiasm for the prospects of the non-energy sector.

The InvesTT president is quick to point out that secur-ing new investment takes time, often up to two or three years. Some of the gains being realised today are the result of efforts started years ago.

But he is confident that much more can be achieved. “We are a small team but we are very impactful,” he says. “Our people are talented and have good relationships with the ministries and other agencies. We play a critical role.”

And they are selling a valuable product, world class.

What an investor can expect

“Currently we have an investor interested in a BPO (business process outsourcing project),” says InvesTT president Christopher Lewis. “They reached out to us. We sent them information relevant to the sector first, before they arrived – salary range, locations of people seeking work in the BPO field, commute times, rental costs for setting up operations. If or when they come, we meet and greet them at the airport, and facilitate their entry with Immigration. We arrange transportation. We take them to two or three potential sites, based on their requirements. Depending on the length of their stay, we will introduce them to key people – maybe in Town and Country Planning, the Ministry of Trade and Industry, and so forth. And we will of course follow up afterwards. There may be supplementary information that they need.”