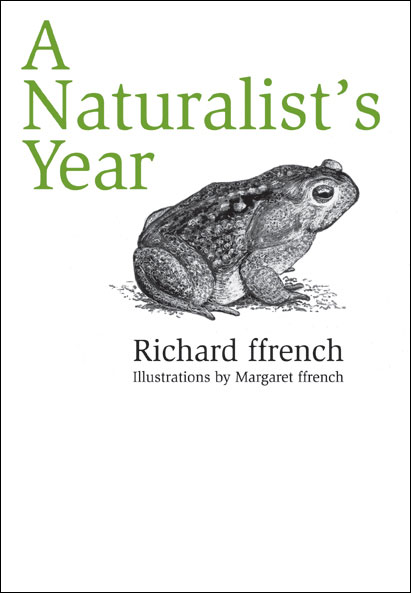 Where do birds sleep at night? What is a bufophobe? Which animal can raid a bird’s nest without leaving a single trace behind? Why should we love the villainous looking corbeau?

“We human beings don’t own the earth. We just share it,” writes Richard ffrench. A Naturalist’s Year provides a neat, accessible meditation for every week of the year, following the cycle of the seasons (but not too closely).

Richard ffrench wouldn’t ever cage a bird, or slaughter the bees that plague his classroom. His tireless curiosity and his affection for all living things is beautifully complimented by the black-and-white illustrations of his wife Margaret. This is a book where sorrow at loss and extinction is offset by wonder at the mystery of bird migration or the liquid beauty of early-morning birdsong.

About A Naturalist’s Year

Born in England, Richard ffrench has been a naturalist all his life, and wrote the definitive reference book A Guide to the Birds of Trinidad and Tobago. He settled in Trinidad in 1958, earning his living as a teacher but devoting much of his time to exploring and documenting the natural world around him. Committed to making natural history part of people’s lives, he wrote a column for the Trinidad Guardian and, with a wonderfully delicate balance of entertainment and education, drew a loyal and appreciative readership. Many of these columns are collected here for the first time since their original publication. He returned to the United Kingdom in 1985. He passed away in May, 2010.