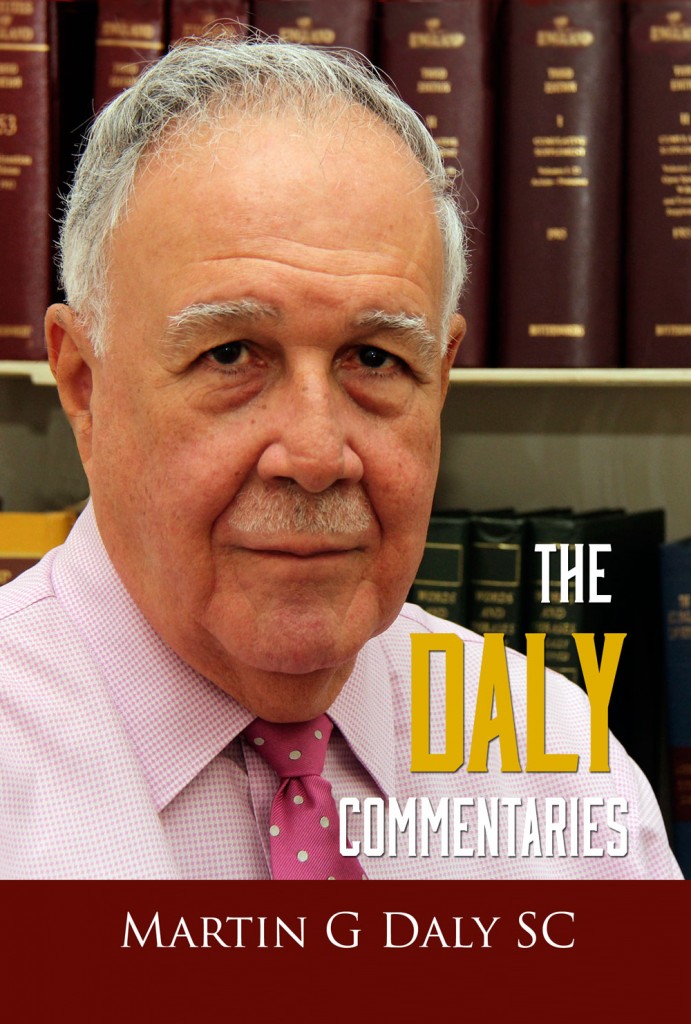 Martin Daly’s columns have appeared in the Sunday Express since 2002 and are widely read for their independent point of view, expressed in robust language, their impact often leavened — but not lessened — with wit.

As one would expect of a Senior Counsel of long standing, his columns sometimes offer an expert opinion on legal issues. As a former independent senator, he occasionally addresses questions of parliamentary practice — especially when whichever administration is in power tries to push the boundaries.

But Daly is not solely concerned with the different forms of the law: he stresses the importance of morality, too. What is legal may not be legitimate.

His personal passions often take centre stage: music, especially pan, and the performing arts. He writes too of other, everyday pleasures: the beauty of the countryside of Trinidad and Tobago, and of its people. He writes not only with nostalgia but also with hope of the neighbourliness typical of the traditional Trini way of life, and which he believes can and must be revived and retained. It’s not his legal learning alone, but his enthusiasm and his optimism that make this selection of his columns an inspiring read.

“[Martin Daly is] one of the top five prose stylists among our columnists.”

About The Daly Commentaries