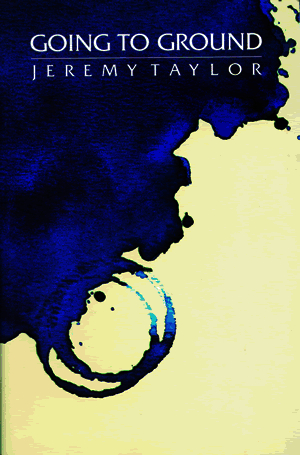 Going to Ground is a collection of 68 essays, commentaries, radio pieces and reviews by Jeremy Taylor, the English-born writer and editor who has lived in Trinidad since 1971. By turns sensible, idealistic, wickedly funny, quietly moving, and refreshingly direct, it ranges far and wide, over subjects serious and frivolous, large and small.

Whether he is writing of Derek Walcott, Norman Parkinson, astrology, Haitian refugees, Secretaries’ Week, the gender of God, weddings, funerals, revolutions, or the quality of Carnival commentary on television (“The only thing to do was turn down the sound”), Taylor’s insight and sense of humour at once delight and stimulate.

I have always admired the language, the intellectual depth and the honest sturdiness of Taylor’s writing; it is graceful, decisive, informed and stimulating-qualities so hardly present as a group within the current multitudes… Because he writes so searchingly about the T&T that is very recognisable still, no matter what has changed, the book has a particular poignancy…it is certainly worth reading.
– Vaneisa Baksh, Trinidad Guardian

Jeremy Taylor is a British-born writer and self-confessed liberal who has lived in Trinidad since 1971. The 68 essays in Going to Ground were chosen from twenty years of his newspaper columns, magazine features and radio commentaries. The essays, most of them less than three pages long, range from thoughtful to hilarious to compassionate to a kind of baffled musing. The funniest section is the TV reviews (don’t miss “Soft Soap” on the TV series Dallas, and a piece called “Muddles” on beauty contests) but there are chuckles to be had even in the serious pieces. Topics are wide-ranging, often unexpected: one called “The Violent Home” deals with memories of an abusive father. Another looks bemusedly at Stephen Hawking’s “A Brief History of Time.” There’s a riveting piece on depression sparked by the bizarre suicide of an American in Trinidad in 1990. Lighthearted or serious, the essays have a seed-like quality; that is to say, long after you thought you had forgotten, an image or a thought resurfaces in a hidden corner of the mind and you realise that all that time it was quietly taking root. A consistency of viewpoint binds the collection together. Jeremy Taylor’s weekly columns have been much missed since he went to ground. This book goes some way towards filling the gap.
– Mary Adam, Folio Online Reviews

About Going to Ground

Co-founder and managing director of MEP and its book imprint Prospect Press, Jeremy Taylor worked as a teacher in England, Kenya and Trinidad after completing his MA in English at Cambridge University before becoming a freelance journalist and commentator, contributing to a wide range of media including the BBC and the London Times. He edited the Caribbean Chronicle and BWIA Sunjet before co-founding MEP in 1990 with Joanne Mendes. Some of his articles and broadcasts were collected in Going to Ground (Prospect Press, 1994), and he wrote a guide to Trinidad and Tobago, Masquerade, for Macmillan (1986, 2nd edition 1991). He is the founding editor of Discover Trinidad & Tobago, Caribbean Beat, and ENERGY Caribbean. Despite semi-retirement, he continues to enjoy editing work, if only to “keep the brain ticking over”.

You have to sympathise with the inn-keeper at Bethlehem. It was census time after all, and the place was crawling with people from out of town — foreigners, vagrants, southerners and northerners who did not belong in those parts, pestering law-abiding residents for food and a roof, trailing their smelly possessions and squalling infants around the streets with them. Half of them couldn’t even speak properly. They would cause any decent citizen to think about thieves, pickpockets and disease. And the inn was already bursting at the seams, ten people to a room, none of them paying the proper rack rate.

So it was the last straw when a family of sweaty Galileans turned up on the doorstep late at night, the woman clearly about to give birth. Jesus Christ, the innkeeper muttered (or words to that effect). Had the entire world gone mad? Was he expected to take in every piece of riff-raff from every backward corner of the country? But he could see the headlines — Mother Dies Giving Birth On Hotel Doorstep — so he hustled them into the stables and locked the door. Let them sleep with the animals; they were probably used to it.

Skip twenty centuries and five thousand miles. It was instructive, this Christmas season, to hear good decent folk across the Caribbean echoing the noble inn-keeper; folks who go to church, do good works, praise the Lord and support Family Days. Haitians? Good Lord. They smell, they thief, they ooze diseases, they don’t speak properly, they invented AIDS, they shoot people, they do voodoo, they have no democracy. If they must come, let them be sanitised, cordon them off, isolate them on Nelson Island or in Wallerfield where they cannot have contact with decent folk.

So the cry went around the Caribbean. Everyone had fifty utterly irrefutable reasons why the Haitians should be kept away, like boats sailing from island to island seeking to offload American toxic waste. No room at the inn. These weren’t Caribbean folk: they were strangers, foreigners, nothing to do with us.

The Haitian refugees taught us several things. One is that America is getting more than slightly prickly at being the repository of all the surplus human resources of Central America and the Caribbean. It wasn’t that another 5,000 Haitians would make any difference to Uncle Sam: but a point had to be made, it was time the Caribbean started taking a little responsibility for itself, putting some money where its mouth was. That’s not a bad point.

The Haitians also taught us how inconceivably distant any serious Caribbean integration must be when people from Haiti are regarded in the anglophone Caribbean as not merely non-Caribbean but sub-human by definition. Caribbean unity still has an ugly gut feeling to deal with. It’s called xenophobia, fear of strangers, and the grand Caribbean nation which the unifiers envisage is full of strangers.

Hatred of the stranger — the foreigner, the migrant, the refugee, the alien– runs deep in the heart, and in these turbulent days many a prophet is ready to exploit the ancient fears. Listen to Jean Marie Le Pen in France, Eugene Terreblanche in South Africa; they are just the shrillest voices in a swelling crowd. Keep the land pure. The message is going to become profoundly dangerous in the fragmenting Soviet Union, as it has become in Yugoslavia, as it was in Germany 50 years ago.

We think of ourselves as more civilised than that, more generous, more hospitable. Yet the thought of accepting and integrating a mere hundred subsidised refugees from a neighbouring Caribbean state into a population of 1.2 million somehow angered and affronted us. How could we poor, suffering, impoverished people possibly accommodate these international vagrants, even if they were worse off than ourselves?

So the inn-keeper muttered to himself, rolling his eyes at an importunate heaven.