Barbados Prime Minister Mia Mottley has promised to unlock the growth potential of the CSME. The business community has pointed to a disconnect between intent and reality. How can the private sector help with the advancement of CSME? 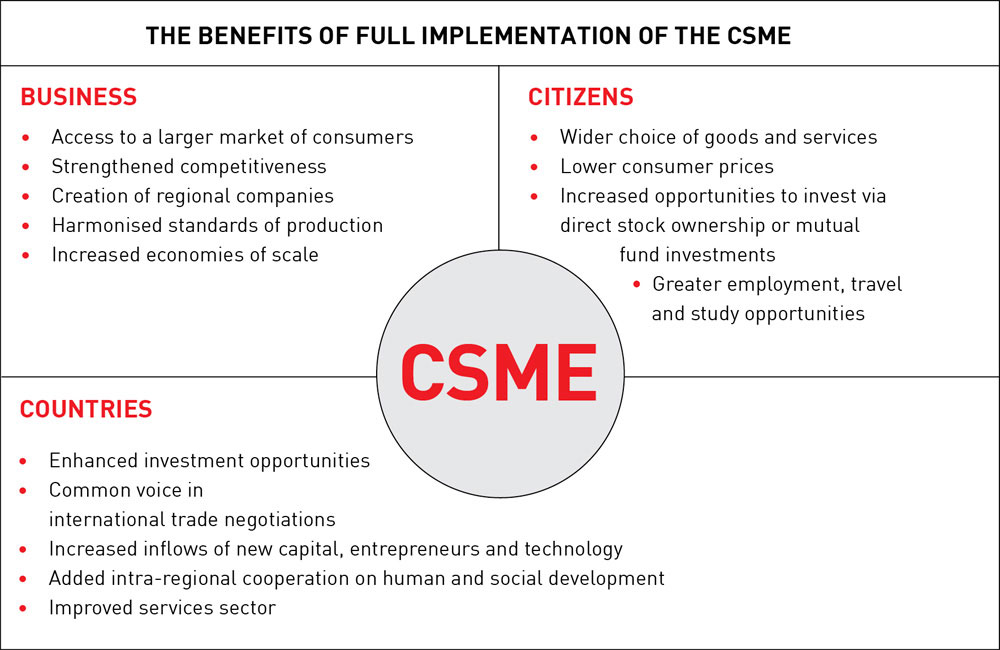 Mia Mottley, Prime Minister of Barbados with lead responsibility for the Caricom Single Market and Economy (CSME), is committed to resuscitating the regional integrated development strategy – and in a historic move, has invited the private sector and labour to help do so.

Caricom’s Secretary General and Heads of Government have openly conceded that the CSME has been sluggish in delivering on its original intent. Mottley agrees and is acting with urgency.

“Our only way out is to turn this region into an economic power of note within the Americas. It cannot happen with individual countries trying to put one plus one, one by one by one. But if we come together, in the context of a strong single economy and a strong single market, all of a sudden it looks different,” she has stated. “That battle towards dominance requires a Usain Bolt approach, not a Carnival-like (chip) approach.”

Speaking at the 14th regional Investments and Capital Markets Conference in Jamaica at the start of 2019, Mottley reiterated that the decision to include stakeholders such as labour, the media, youth and the private sector, is intended to “unlock growth within the region”.

“Our political leadership must facilitate and shepherd, not control and stifle,” she declared in her maiden address. “What is most needed, I am convinced, is to give our people the scope to express their natural inclination to get things to a conclusion in ways that are productive and beneficial to the region as a whole. Our people should not have to jump through hoops to make this happen.” 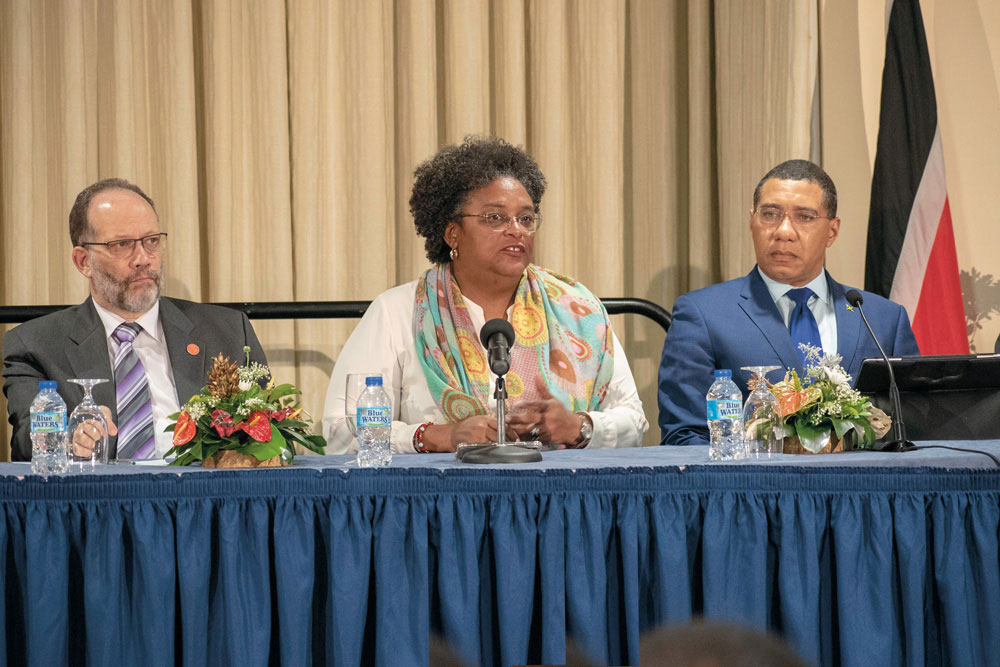 But what’s in it for the individual markets, the private sector and the people of the Caribbean? The initial vision cites the main benefits as: “more and better opportunities to produce and sell goods and services and to attract investment; greater economies of scale and increased competitiveness”. The business community has publicly down-cried the disjoint between intent and reality, but acknowledges that the time is right to re-visit the CSME, arguing that if we are to thrive within a changing global economic climate, we must move collectively.

This climate has contributed to Mottley’s sense of purpose.

The survival of small states such as ours, she has said, depends on unity, “not just economically but in the world of diplomacy”. More than ever, “we need to stay together”, using Caricom as the vehicle to allow regional countries to take “principled decisions”. To ensure that CSME remains a priority among the various national goals within the region, Mottley has moved to convene prime ministerial sub-committee meetings on a quarterly basis with annual stakeholder consultations; and, coming out of the December 2018 meeting in Trinidad, the St Anns Declaration was crafted.

This newest manifesto includes an amendment to allow representatives of the private sector and the Caribbean Congress of Labour to participate in Caricom Heads of Government meetings, giving both business and labour a voice at the head table. It also welcomes Haiti’s commitment to full integration carded for 2020, which will add another 11 million consumers to the market. The St Anns Declaration speaks to the challenges of our times and reflects Mottley’s leadership style of openness and inclusion. 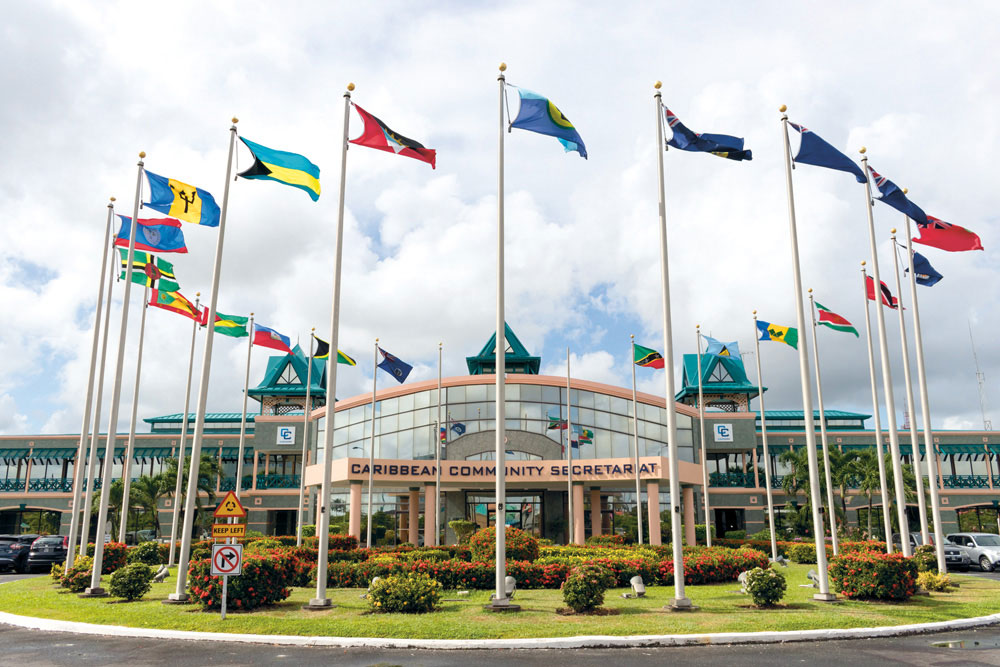 But already there are hints of frustration. After a March 2019 summit in St Kitts, Mottley said she found it difficult to face the media and inform the region “that the contingent rights, the protocol that was signed in July, still cannot be provisionally applied, because we do not have enough member states who have signed; and that, in spite of the declaration in Montego Bay [July 2018], we are not in a position to guarantee, in accordance with the treaty . . .  a framework for dependents and spouses.”

She also spoke of being “a bit embarrassed” that, having taken decisions on the movement of agricultural workers and security guards during the December 2018 meeting in Trinidad, the tail appeared to be wagging the dog. As an example, she suggested that the Council for Human and Social Development appeared to be “wagging” the Caricom leaders, since it was yet to reach a consensus on who is an agricultural worker in the Caribbean.

“It has to do with the fundamental governance of this institution because we need to be dealing with the strategic issues here – and not having to now remove the cobweb,” she warned. But cobweb removal seems to be a necessary early step if this resurgence of energy is to amount to tangible achievements.

“Major policy decisions and the adoption of legal instruments take much too long to be negotiated. We must do more and do it more quickly,” Caricom’s Secretary General, Ambassador Irwin LaRocque, has been quoted as saying, even as he itemised accomplishments of the CSME over the last 30 years.

Mottley has also cited “psychological impediments and the closed mindsets in some quarters of officialdom” as some of the reasons for the under-achievement of the CSME. She explained that because the practical implications of decisions are sometimes not worked out beforehand, and the recording of decisions is often not clear and precise, “these [decisions] fall victim to bureaucratic inertia or resistance from those who did not participate meaningfully in their design or have not been fully enlightened as to their positive purpose.” 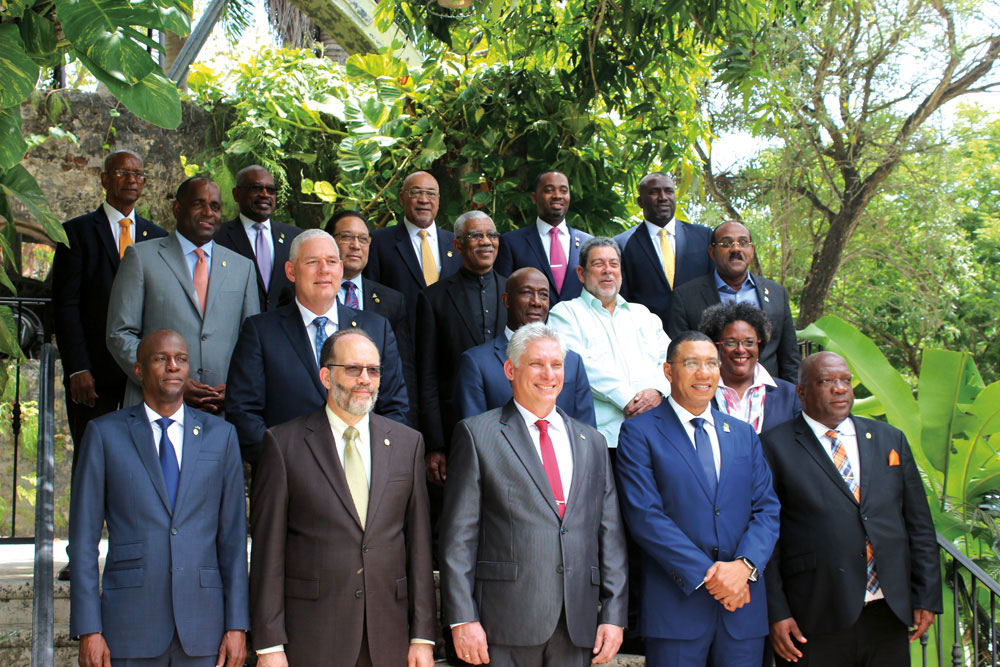 The Heads have proposed that, while the CSME must remain at the heart of regional integration, it must move beyond functional cooperation – and regional governments and the private sector are being asked to share that vision. Mottley also acknowledges the need for the regional Heads to continue self-analysis and introspection.

She has pointed to the lack of movement on reg-ional travel by air and sea – and is now treating that as a matter of priority. She has noted that there are elements to the free movement of people that still need to be addressed. She has announced that Barbados will be removing the visa restrictions for Haiti, a signatory to the Revised Treaty of Chaguaramas. At every given opportunity, Mottley has called for better communication and sharing of information across the region.

The original list of sectors to focus on under the CSME was long. Some goals have been achieved – but not enough to be felt in any substantial way by the region’s business community and other key stakeholders. So Mottley has championed a new and narrower focus. Four key sectors for development have been identified – renewable energy, agriculture and food security, information and communication technology, and maritime and air transport.

“The bottom line is that our economies are not necessarily capable of surviving on their own in this difficult and turbulent world . . . we need a greater level of population to drive economic growth, and smarter, seamless decisions to be able to fuel that economic growth,” Mottley said.

All eyes are optimistically upon the CSME’s newest instigator, plot twists and all. 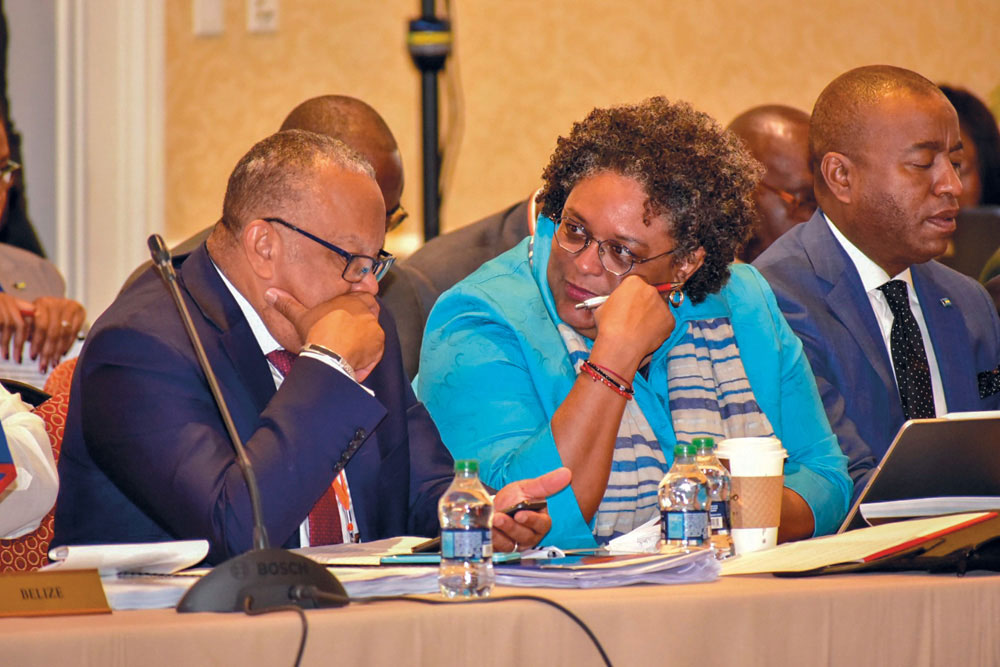 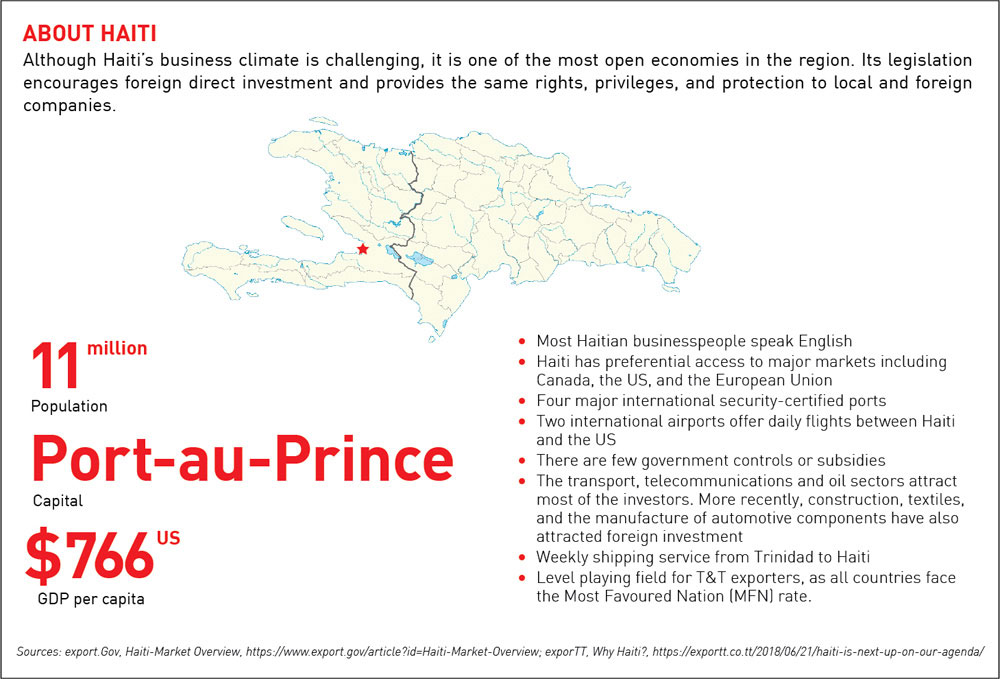