Discover Trinidad & Tobago editor Caroline Taylor hands over copies of Caribbean Beat magazine to Jonathan Ali, editorial director of the TTFF, at the Little Carib Theatre, Woodbrook, one of the venues for TTFF screenings

Once again, this year Caribbean Beat and its sister publication Discover Trinidad & Tobago have partnered with the Trinidad & Tobago Film Festival (ttff). The annual festival is a celebration of the best new and recent films from and about the Caribbean and the diaspora. Films are being screened at venues around Trinidad and Tobago during the festival, which began on September 21 and runs until October 4, 2011.

Caribbean Beat and Discover Trinidad & Tobago also celebrate the best – so they’re the perfect magazine partners for the festival. Copies of the magazines were distributed to cinema fans attending ttff screenings.

Discover Trinidad & Tobago is an annual travel guide aimed both at international tourists and visitors planning a trip or vacation to the islands – whether for an eco adventure, business trip, or beach holiday – and at Trinidadians and Tobagonians looking to know and explore more about their native islands.  With its 2011 edition, Discover Trinidad & Tobago celebrated its 20th anniversary. It’s the only local guide to be published year in, year out, for so long. 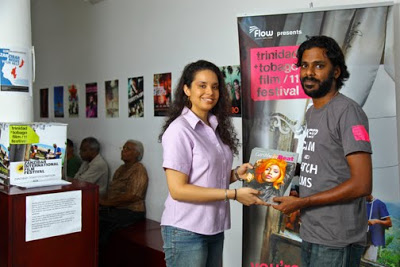