The colourful cover of the November/December 2017 issue of Caribbean Beat — a closeup photo of a tiny blenny fish emerging from its coral hideout — prepares readers to take a plunge, as the magazine highlights some of the region’s most breathtaking dive sites. A portfolio of images travels from Belize’s unforgettable Great Blue Hole to a shipwreck in Tobago, an underwater sculpture park in Grenada, and the protected reefs of Bonaire.

Elsewhere in this issue’s travel section, the magazine takes an early-morning birding trip up the Mahaica River in Guyana, explores the burgeoning arts scene in South Florida, and zooms in on the Woodbrook neighbourhood of Port of Spain, a formerly quiet residential district that’s become the nightlife centre of Trinidad and Tobago’s capital.

As always, Caribbean arts and culture are at the heart of the new Caribbean Beat, from Jonkonnu celebrations in Jamaica to a landmark exhibition of Chinese Caribbean art spread over two museums in Los Angeles. We hear the behind-the-scenes story of the Caribbean’s biggest musical hit of 2017, Puerto Rican Luis Fonsi’s inescapable “Despacito”, which has roused controversy as well as kudos. And we meet the creative and technical talents behind two video game design studios in Barbados and T&T, trying to break into the multi-billion-dollar international market.

This issue’s Cookup column tackles the seasonal challenge of creating a Christmas feast using only locally grown and produced ingredients. We also meet the new CEO of Angostura and find out what Genevieve Jodhan has in store for T&T’s venerable rum distillers. Elsewhere, readers will learn why a retrospective of the late Haitian-American artist Jean-Michel Basquiat has taken London by storm, how an EDM festival in Trinidad is pushing the boundaries of Caribbean music, and how to celebrate the end of the Old Year Suriname-style — with a bang. 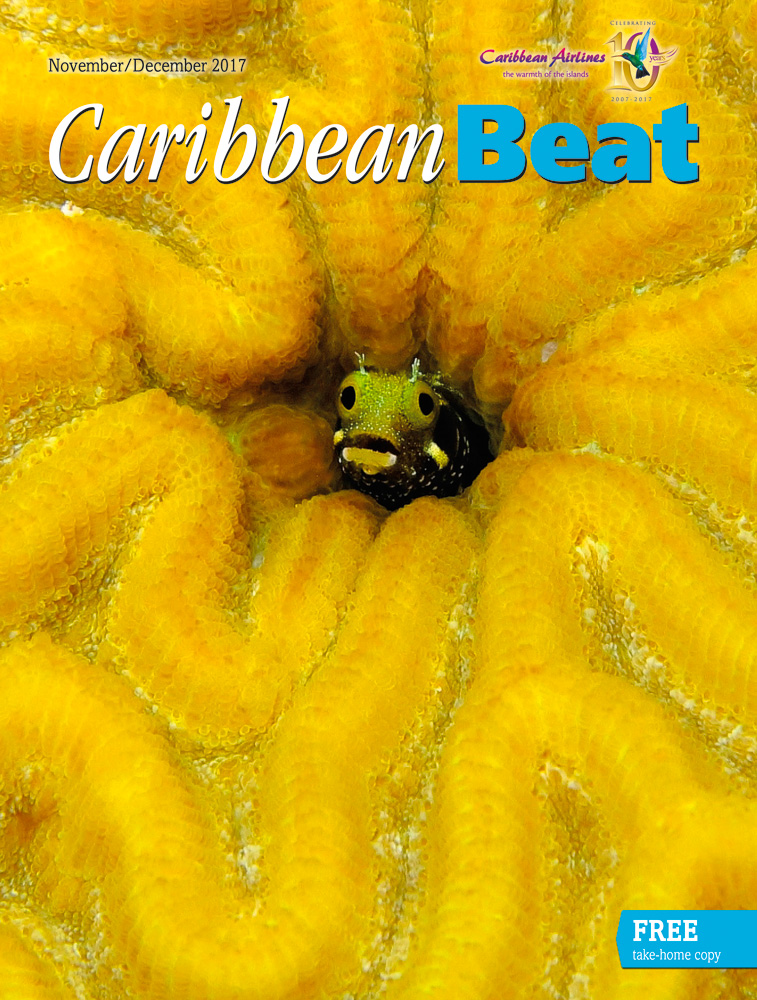