CPL preview: put your money on the TKR! | Parkite Sports 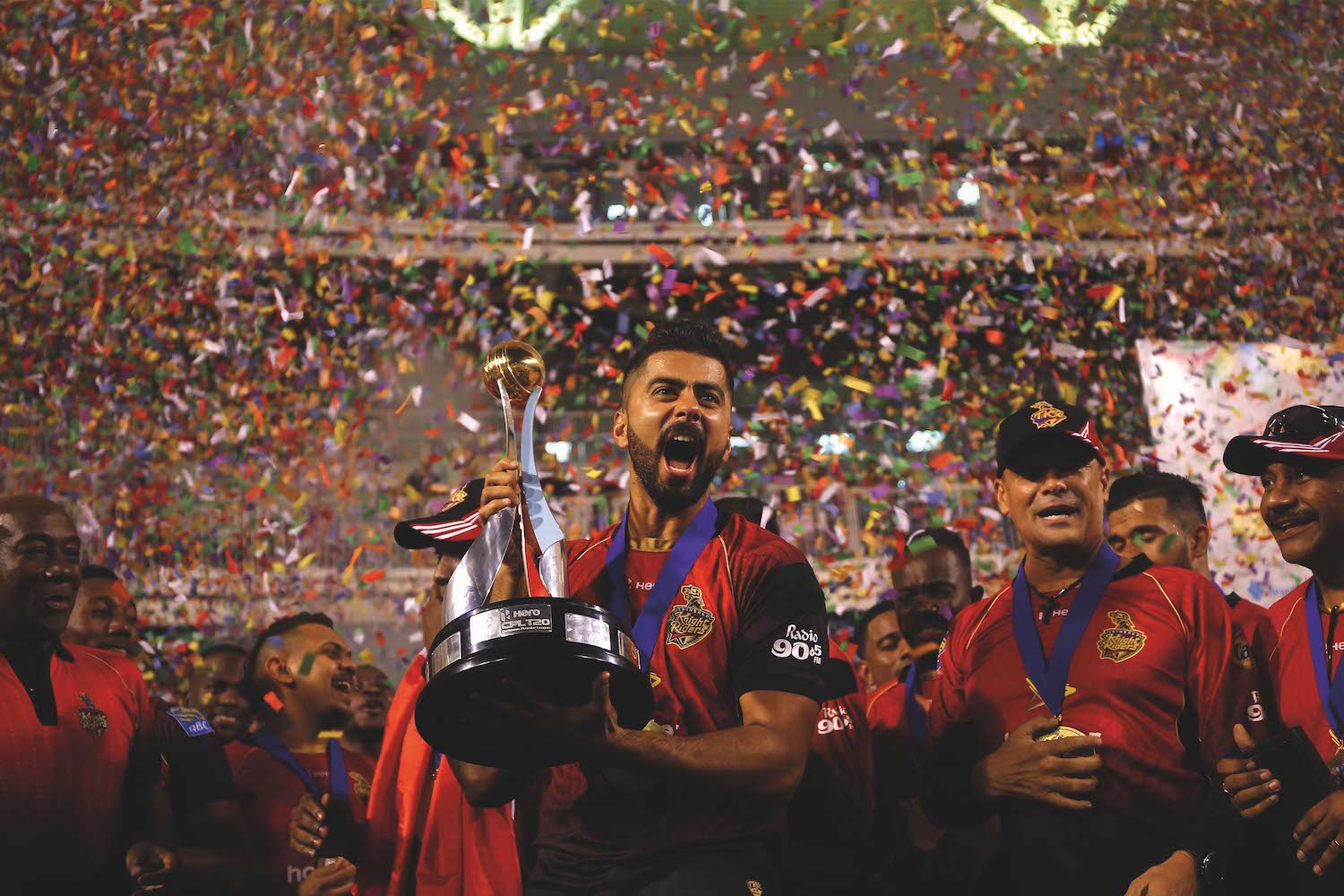 It’s CPL time again, and the Trinbago Knight Riders will be going for a hat-trick of victories. Renaldo Matadeen considers their chances, and looks at the long-term health of the CPL, which is fantastically popular but in need of better infrastructure to ensure its survival

The 2019 Caribbean Premier League (CPL) will bowl off at the Queen’s Park Oval on September 4 and run until October 12. Many are looking forward to the packed stadiums, drinks, overzealous commentary, brands plugging the field with ludicrous mascots, and of course the cheerleaders. But enthusiasts, pundits, and purists are simply wondering if the current champions’ stranglehold on the tournament will be broken. 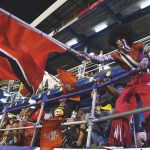 PORT OF SPAIN, TRINIDAD – AUGUST 09: In this handout image provided by CPL T20, of Fan of Trinbago Knight Riders during Match 7 of the 2017 Hero Caribbean Premier League between Jamaica Tallawahs and Trinbago Knight Riders at Queen’s Park Oval on August 09, 2017 in Port of Spain, Trinidad. (Photo by Randy Brooks – CPL T20 via Getty Images) 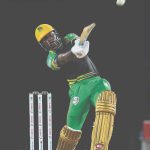 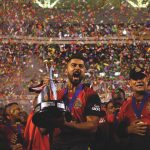 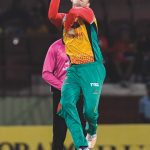 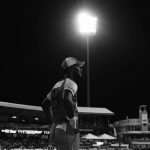 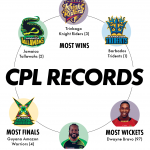 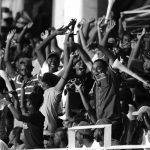 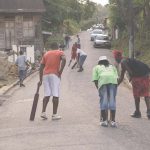 The Trinbago Knight Riders (TKR) are once more poised to dominate, as evidenced by Dwayne Bravo returning as skipper. Along with power players such as Sunil Narine, Colin Munro, Denesh Ramdin, and Darren Bravo, a hat-trick of titles could be a mere formality.

Kieron Pollard joining the ranks will undoubtedly make up for the leading wicket-taker from last year, Fawad Ahmed, going to the St Lucia Stars and Shadab Khan running out for the Guyana Amazon Warriors. Of course, Narine will have a lot more load to tote, but with fellow Queen’s Park Cricket Club spinners Khary Pierre and Akeal Hosein in the line-up, the team has a strong spin presence.

With the 2015 title (won as the Red Steel) and the last two trophies in the bag, all on home soil, victory does seem likely, especially as “DJ47” and “Polly” wowed in the last Indian Premier League (IPL) by taking their teams to a title fight.

The only team which will be able to muster resistance is the Jamaica Tallawahs. Talisman Chris Gayle returns from the St Kitts and Nevis Patriots to lead, and when you factor in Andre Russell, whose IPL form was nothing short of monstrous, and Rovman Powell alongside him, we expect this side to break the competition’s record for sixes.

They also have some pretty monumental X-factors such as Chadwick Walton, who can be just as lethal as Gayle on his day, and the leg-spinner Imran Khan, a new signing who knows the turn of regional pitches like the back of his hand. They also have a new pacer on the block in Oshane Thomas, so while they may not have the depth of TKR, they’ll be contenders for sure.

Apart from these two teams, it’s a toss-up to see who else makes it to the quarters in a draft that really doesn’t have a swath of quality names.

It’s understandable, as Brendon McCullum and Chris Lynn will be plying their trades in a European Twenty20 League that clashes with the CPL calendar, and Aussies such as Steve Smith and David Warner are no longer in international exile so their focus isn’t on sun, sand, sea, and soca cricket. Sadly, the big international names are few and far between in terms of who’ll catch your eye.

Guyana may produce a commendable effort with Shimron Hetmyer, Nicolas Pooran, Keemo Paul, Shoaib Malik, and Chris Green, the Aussie international who captained them last year, at the fore. But seeing as they’ve lost all four finals they’ve made so far, there’s not much confidence in them finishing strong.

Nonetheless, we expect to see Guyana in the final four, along with Daren Sammy’s St Lucia franchise. The skipper’s been reinvigorated by the change in West Indies presidency, and may be using this, like so many other players, to earn a way back from the wilderness into the maroon for the T20 World Cup defence next year.

With Lasith Malinga, Andre Fletcher, Andre McCarthy, Thisara Perera, Kesrick Williams, John Campbell, and the burly Rahkeem Cornwall, there seems to be just enough fuel in the tank to take St Lucia over the line, despite Shane Watson also leaving for Europe.

Barbados has Alex Hales, currently banished by England for drug issues, along with long-format West Indies stars such as Jason Holder (captain) and Shai Hope. That alone indicates a lack of T20 star power, and it’s hard to see them making the knockouts with this problem.

As for St Kitts, with Evin Lewis, Carlos Brathwaite and Rayad Emrit, you have some heavy hitters and experienced players on the circuit, but again, a lack of depth.

One has to wonder why players such as Samuel Badree and Lendl Simmons were left by the wayside, while Sri Lankan Isuru Udana – a player still cutting his teeth – got a first-round pick. It seems these teams have a strategy not even the experts are intelligent enough to know.

The good thing is that the West Indian fringe players will get a shot to showcase their talents, setting up the CPL’s boast of boosting the local economy “with millions” once more.

Ultimately, this year’s CPL model has several regional players along with Associate Member players, so much so that it feels like the Caribbean T20 tournament that the CPL and West Indies Cricket Board erased in order to lift the tournament to an international product with foreign names.

The problem is there aren’t enough stars of notable calibre from Australia, England, South Africa, and Pakistan to gawk at. India didn’t even release their players, and their Test and One Day tours here resulted in a shift so the CPL wouldn’t clash with them.

A proper window to optimise availability needs to be put in place, and if it takes more money to get illustrious names, so be it.

However, given the CPL’s constant mantra of “we’re not making a profit”, it remains to be seen what will come of this. As it stands, this year looks decent enough, and a safe bet would be to put your money on TKR at the Brian Lara Cricket Academy on October 12.

One thing is a totally safe bet, though – the party will be as loud as ever!