Trinidad and Tobago can take credit for travelling a good way along the road to digital transformation, even if there is much further still to go

How is Trinidad & Tobago faring on its digital journey?

Let’s take a look at some hard data, as presented in the most recent comprehensive analysis of Trinidad and Tobago’s digital footprint[1]. 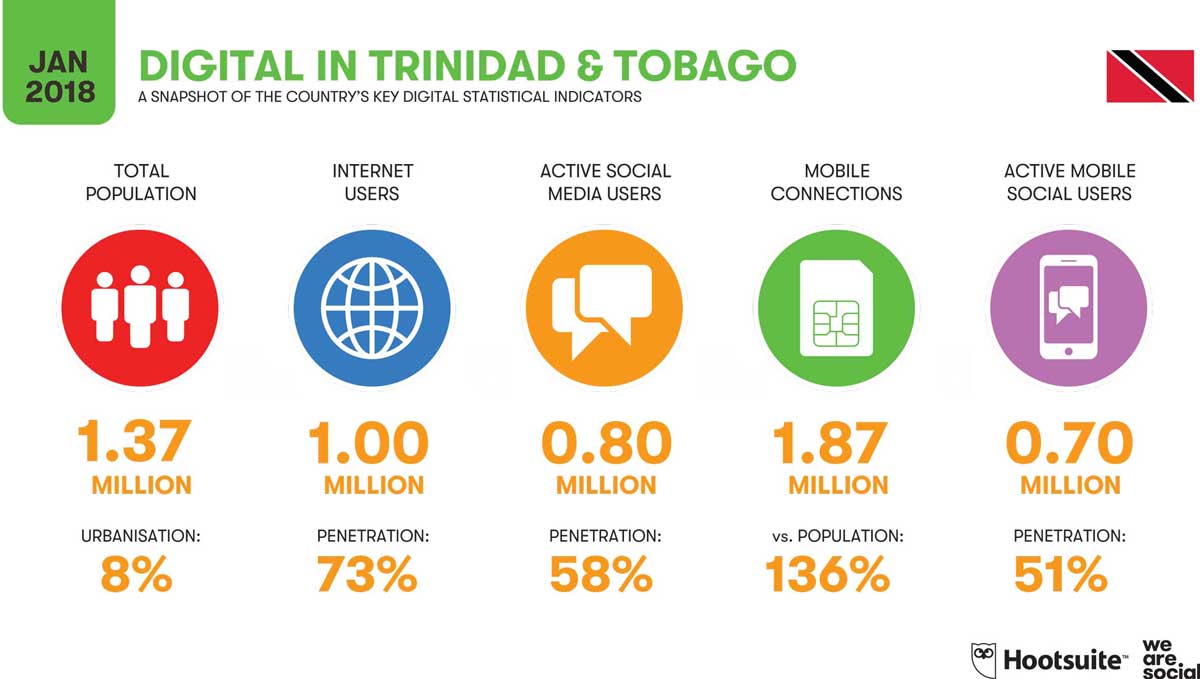 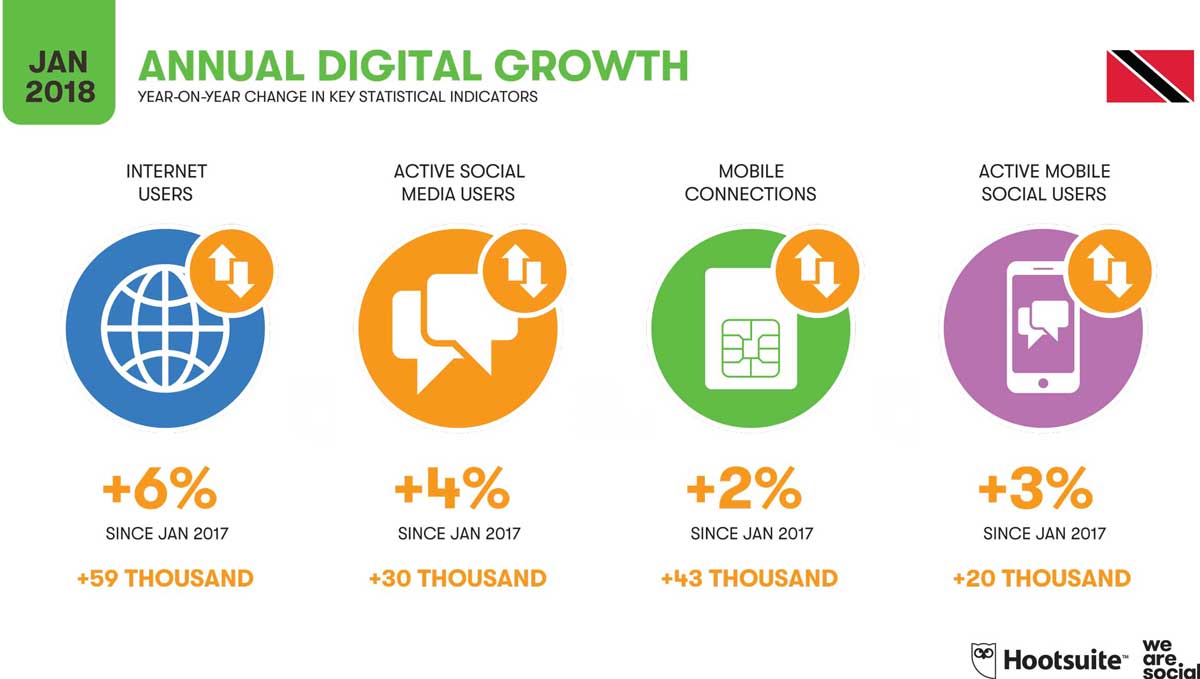 While social media usage is high, the real story is the number of users accessing social media on mobile devices (700,000 of the total number of 800,000, and 51 per cent of the population). 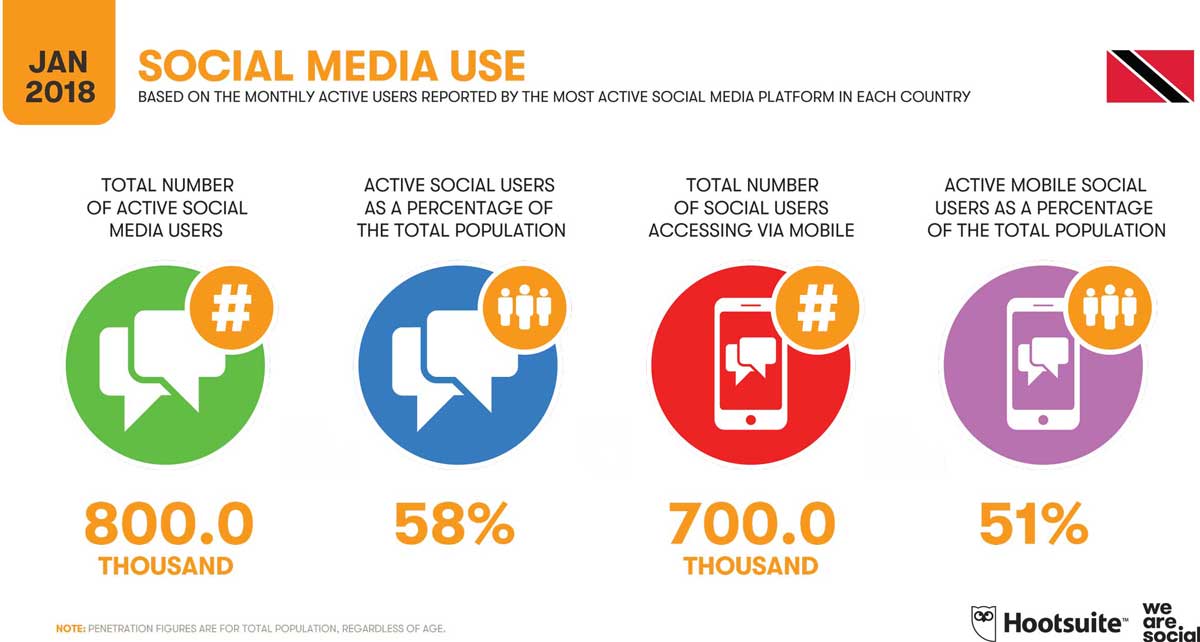 Also interesting is the spread of internet users across devices – 41 per cent on mobile (up 38 per cent year-on-year) compared with 49 per cent (down year-on-year) on laptops and desktops. 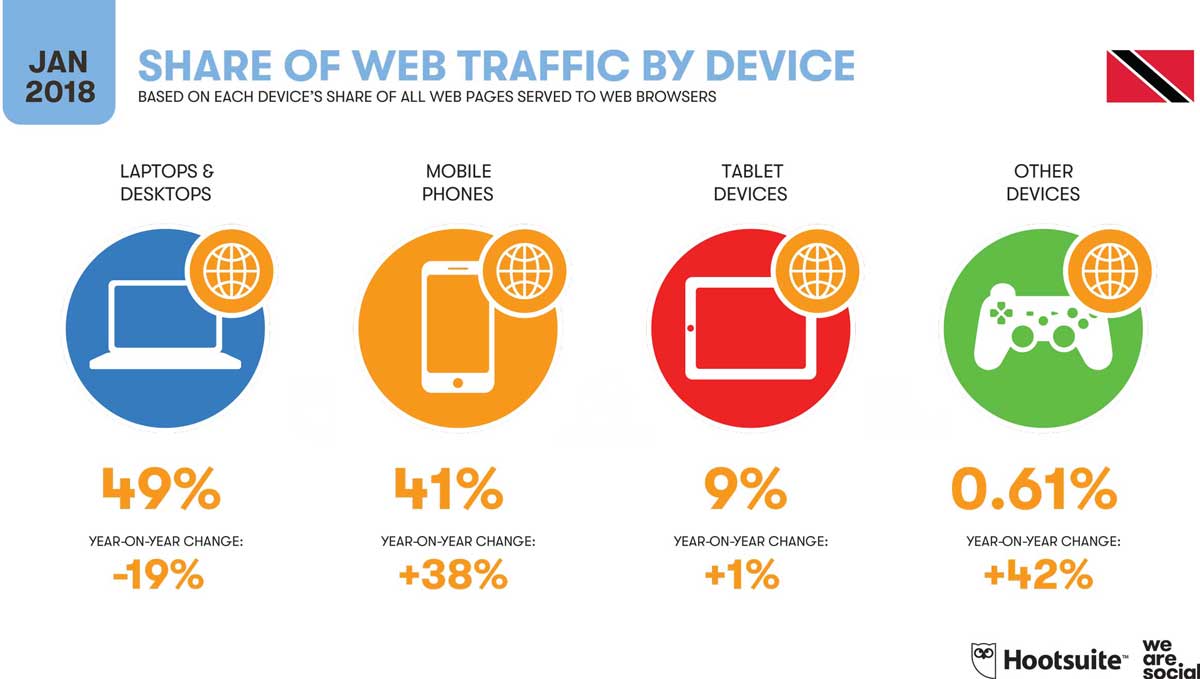 Share of web traffic by device in Trinidad and Tobago (wearesocial)

But while the access situation is fairly healthy, digital commerce is less so. Digital commerce on the internet – mobile or otherwise – is driven by the level of digital financial inclusion, and there are fundamental gaps there. While 76 per cent of the population have a bank account, and presumably a debit card, only 15 per cent have a credit card.

Coupled with an underdeveloped electronic payments environment, this has led to the development of creative solutions to facilitate electronic transactions; as a result, received foreign exchange is being “trapped” in expensive credit card facilities or in overseas bank accounts. A significant percentage of these receipts cannot be repatriated to Trinidad and Tobago. Instead of the positive disruption that a robust electronic/mobile payments process would normally produce, we are seeing negative distortions.

Simon Fraser, Lecturer in Management Information Systems at The University of the West Indies, suggests that “the success of traditional measures might be acting as inhibitors to uptake on newer systems.” 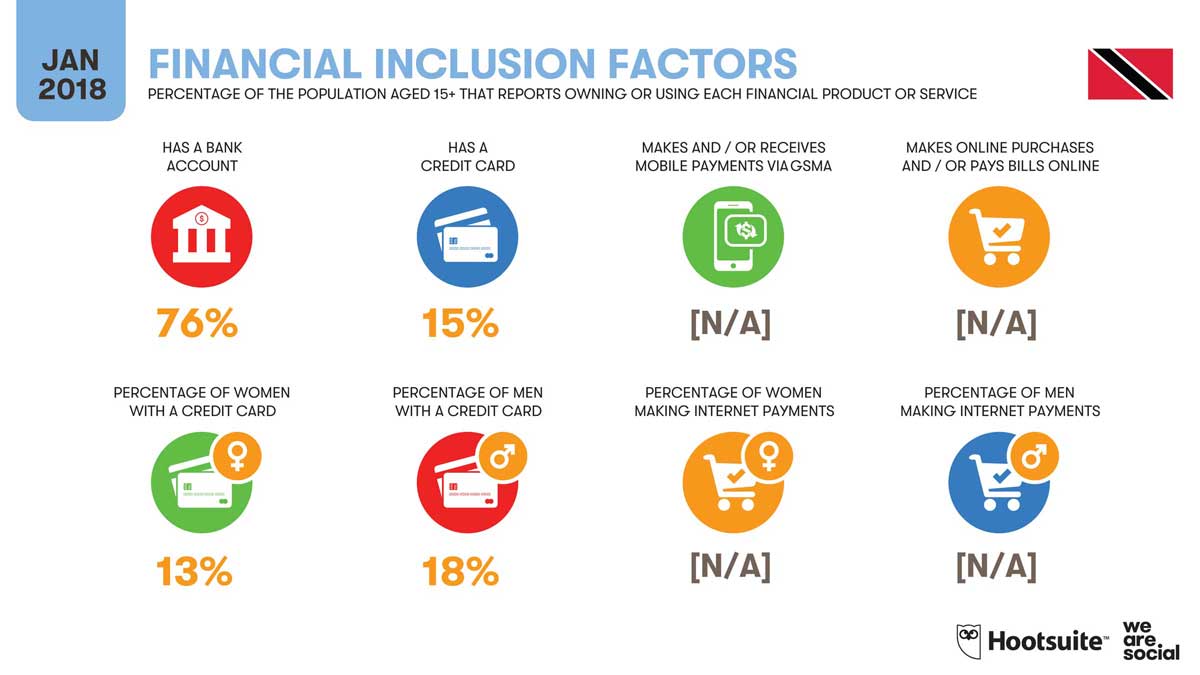 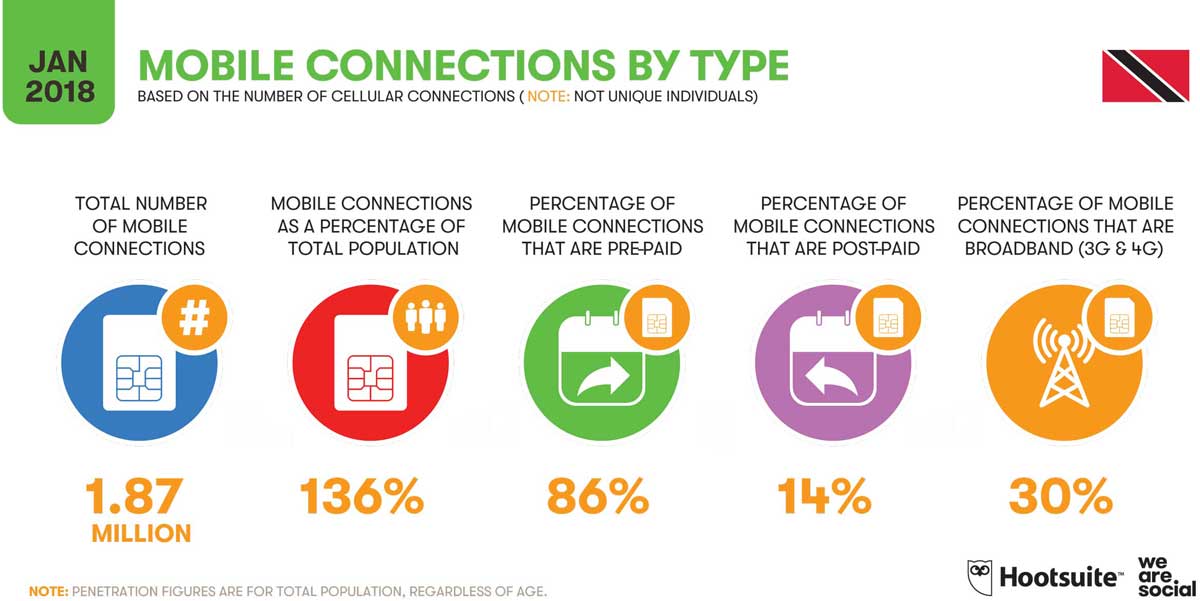 Mobile connections by type in Trinidad and Tobago (wearesocial)

Trinidad and Tobago shows clear early signs of readiness to participate in the global digital economy, including a relatively robust telecommunications environment.

According to Marius, in most countries examined, download speeds were at least twice the upload speed. The exceptions were Jamaica and Belize, where the ratio of upload to download speed was 1:1.90 for Jamaica and 1:1.26 for Belize.

In terms of pricing and affordability, Marius’s research[10] found that only Trinidad and Tobago and Barbados offered 1 Gbps residential internet packages (priced monthly at US$282.02 and $297.50 respectively). But, applying a monthly threshold of US$60, the best value was found in Barbados, where for US$60.00 per month a plan with an advertised download speed of up to 240 Mbps was available. The next fastest plans at US$60 or under, 100 Mbps and 75 Mbps, were found in Aruba and Trinidad and Tobago, at approximately US$55.30 and US$59.26 respectively.

Despite the ongoing economic challenges facing the government, the public sector has been some progress.

The Ministry of Trade and Industry has steadily developed the TTBizLink Single Electronic Window (SEW) for trade facilitation. This represents collaboration between 24 unique agencies from seven ministries, together with the Trinidad and Tobago Chamber of Industry and Commerce (TTCIC). Through the modules available on TTBizLink, 47 e-applications are available which are currently being used by over 7,200 registered users.

TTBizLink will seek to add 16 more e-services, including the ability to file annual returns to the Companies Registry online rather than using the current manual process.

Implementation is financed through a US$25 million loan from the Inter-American Development Bank (IDB) signed in 2016.

Several ICT-related consultancies have been put out for tender or are already being executed, including the recent automation of the construction permitting system (ConstrucTT), coupled with digitisation of key Town & Country Planning Division records.

The TTBizLink project is financing the outstanding regulatory items to allow the government (specifically the Treasury Division and the revenue-receiving agencies) to conduct electronic gransactions with its various stakeholders, using the most prevalent forms of electronic payment available locally.

MORE LIKE THIS:  Neymar Jr: once a prince, now a pretender | Parkite Sports