Published since 1992 by MEP as the in-flight magazine first for BWIA and then for Caribbean Airlines, Caribbean Beat is the Caribbean’s leading magazine on Caribbean arts, culture and society. We marked its 25th anniversary with its March/April 2017 issue (#144), and its 150th issue in March/April 2018. 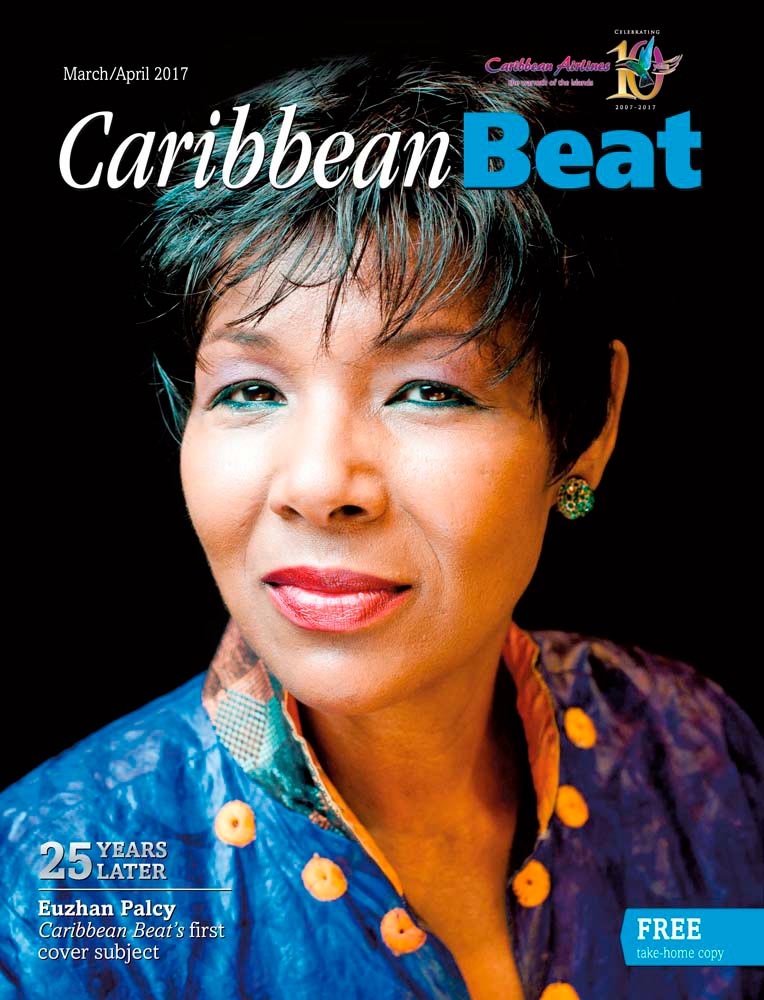 Martiniquan filmmaker Euzhan Palcy, 25 years after she appeared on the cover of the first Caribbean Beat. Photo © Yannick Coupannec/Leemage

Funded entirely by advertising, Caribbean Beat magazine is a general-interest, pan-Caribbean publication about the real Caribbean. The magazine’s original mandate was to get behind the familiar stereotypes of the region and diaspora to show how rich Caribbean life really is — its music, art, dance, books, sport, fashion, design, festivals, history, environment, people, lifestyle. It’s a mandate we’ve stayed true to for over a quarter century, making Caribbean Beat the only magazine of its kind, and an ongoing resource for students, researchers, and lovers of all things Caribbean.

This is the region’s most widely-distributed magazine, committed to the highest editorial, ethical, and production standards. In addition to its distribution on Caribbean Airlines planes and via print subscriptions, the magazine is also reproduced in full on the caribbean-beat.com website (including a near-complete digital archive of the magazine), and on MEP’s Yumpu, Magzter, and Issuu accounts.

In October 2020, we launched a brand extension of Caribbean Beat called Wanderer. You can see back issues of the immersive digital publication here.

Click here to order a full print or digital subscription to Caribbean Beat, as well as a current issue (US$4.99 each), or back issue (US$6.99 each).