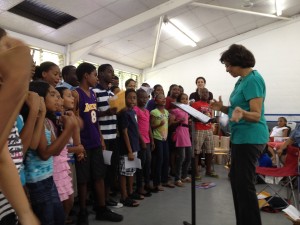 It is a historic concert series for the BP Marionettes Chorale, who introduce their new 50-strong Children’s Choir and give The Armed Man (A Mass for Peace) its Caribbean premiere this weekend at Queen’s Hall.

As always, we throw our support behind the Marionettes (not least since we share more than a few things in common!).

One of the highlights of the series is sure to be the debut of the Marionettes’ new Children’s Choir. They join their Youth Chorale and senior choir counterparts after rigorous auditions earlier this year. Among their talented 50-odd members are Music Festival, Junior Panorama and Schools Soca Monarch winners. Their talent, energy and exuberance are sure to delight audience members.

Caribbean premiere of The Armed Man (A Mass for Peace) 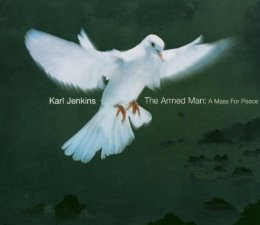 The Marionettes continues to make history with the Caribbean premiere of Karl Jenkins’ new contemporary classic, The Armed Man (A Mass for Peace), joining more than 500 other groups worldwide who have performed the powerful work.

A deliberate contrast to last year’s lavish production of Bizet’s Carmen, it incorporates multicultural literary, musical and visual elements, including a visceral film developed exclusively for the work; the Islamic call to prayer; the Mahabharata; and text by Kipling, Tennyson, Dryden, Swift, Guy Wilson, and Sankichi Toge, a survivor of the Hiroshima bombing in World War II.

It has been described by the UK’s London Times as “a rapturous performance, by turns visceral and ethereal…a firebomb of orchestral and human voices”. Sung in English, Latin, French and Arabic, and weaving together Palestrina-style Renaissance polyphony, plainchant, and medieval ballads, the work goes to the heart of what is universal about the human experience.

Gifts to the Nation

This year also marks 40 years of partnership between the Marionettes and primary sponsors bpTT. “The Marionettes has become an institution in Trinidad and Tobago by using music as a force for positive change. I always look forward to their concerts because they reinforce the idea that music can bring together cultures and generations. One of the more interesting points about the Marionettes is their focus on developing young artists who can carry on this tradition,” explained bpTT President and CEO Norm Christie.

Given the nature of the work, patrons are also advised that there will only one pause in The Armed Man in the first half to accommodate latecomers, with no further entry permitted until intermission. Audience members are therefore encouraged to arrive promptly to avoid disappointment. Patrons are also advised that the film accompanying The Armed Man, developed exclusively for the work, contains some graphic images of war that some may find disturbing.

Proceeds from A Gift to the Nation II go to the Marionettes Property Fund, and the construction of Helios Hall, a secure rehearsal, storage and performance space for the group that it hopes to share with the national artistic community.

Founded in 1963, incorporated as a non-profit in 2005, and sponsored by bpTT since 1972, the Marionettes Chorale (Hummingbird Medal Gold) is one of the Caribbean’s most celebrated choirs, both at home and abroad. In 1995, the Youth Chorale was formed, comprising boys and girls from over 30 secondary schools nationwide; and in 2012 the 50-strong Children’ Choir was formed. Led by conductor and artistic director Gretta Taylor, and a committee headed by founder member Joanne Mendes, the choirs mount at least two major productions a year, showcasing a repertoire ranging from European Renaissance to Opera, Broadway, Caribbean Folk and Calypso.