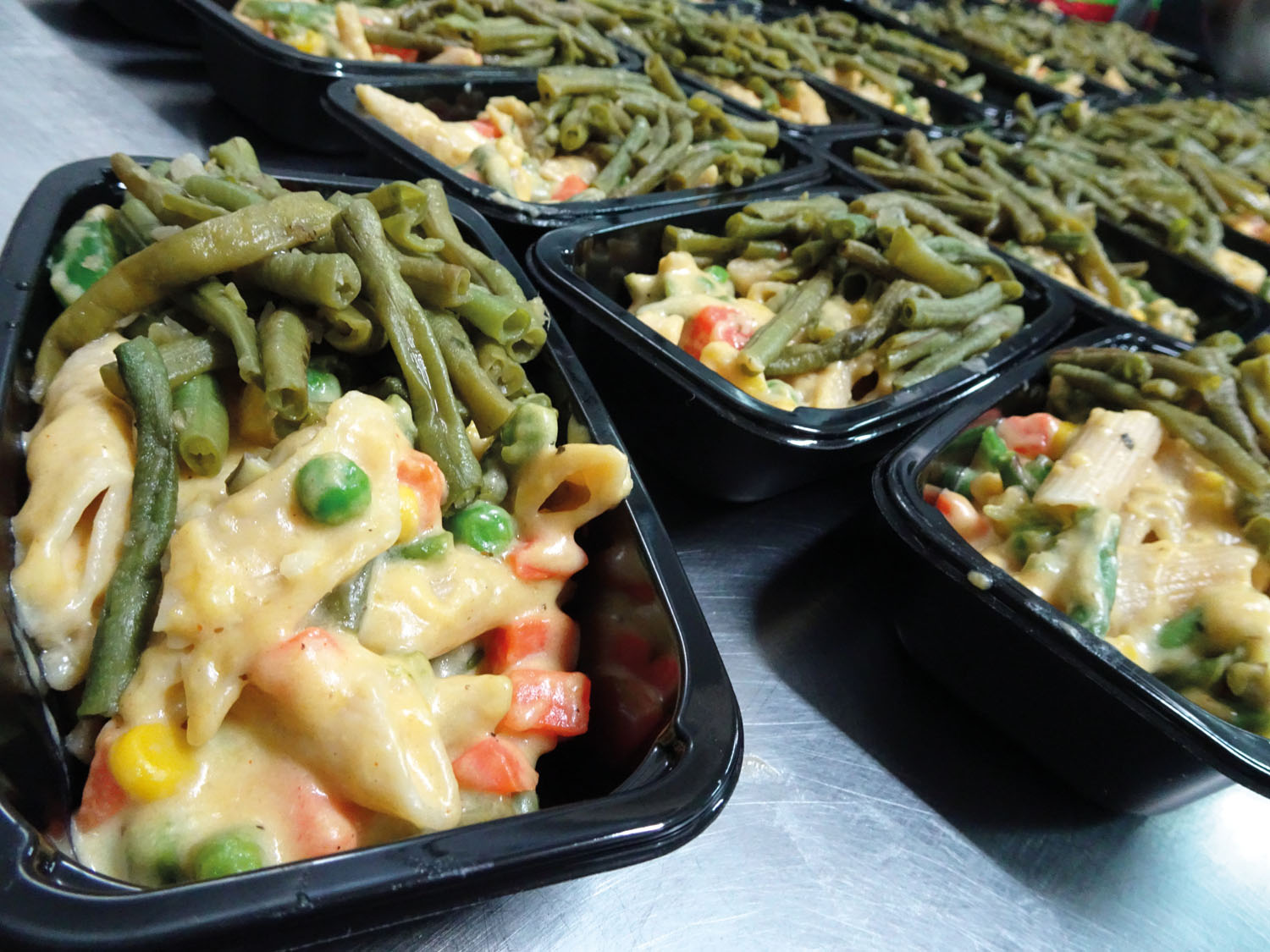 This time the spotlight falls on food manufacturers Slimdown 360 and Del Mano Food. Both embrace local ingredients, creating sustainability in their supply chains. Here their founders reflect on how they changed careers and found their passion in the world of agro-processing

Nine years ago, Jody White’s job as a pharmaceutical manager was being made redundant. “I had two options: look for a job or open a business.” Thus the concept of his company Slimdown 360 emerged. “I couldn’t find a job, so I started Slimdown 360 as a low-calorie meal delivery weight loss service.”

At the time, the dominant meal delivery service (MDS) was, and still is, fast food, which has been linked to an increase in non-communicable diseases (NCDs). According to the Ministry of Health’s National Strategic Plan for the Prevention and Control of NCDs: Trinidad and Tobago: 2017-2021, Trinidad and Tobago has one of the highest rates globally for NCDs. Heart disease accounts for 25% of deaths annually, followed by diabetes (14%), cancer (13%), and cerebrovascular disease (10%). Slimdown 360’s meal delivery service helps provide a convenient healthy alternative for customers. Following similar US-based models, Slimdown 360 delivers portion-controlled, nutrition coach-recommended breakfast, lunch and dinner (over 100 items) as well as fitness coaching, lectures, and access to an online community that encourages members on their path to a healthy lifestyle.

As founder and managing director of Slimdown 360, White’s desire to change the food industry didn’t stop there. “My goal was to enter retail manufacturing, but I didn’t know what type of products I wanted to create. However, I wanted to keep it sustainable.”

The answer to White’s search was grounded in indigenous root crop staples, literally. “The concept of sweet potato pasta was first tested for a number of years. Then in 2017 it was finally launched along with cassava pasta and instant mashed provisions.”

Slimdown 360’s innovative product line has since expanded to include fries, gluten-free flours and dried fruit, all made with local produce. According to White, “Our sweet potato fries are of a better quality and 30% cheaper than imported ones. Our pastas are a leading gluten-free option on Amazon, and we supply roughly 95% of sweet potato and cassava flour in Trinidad and Tobago.”

“We exported Trinidad and Tobago’s first ever container load of sweet potato and cassava fries, having processed around 20,000 pounds in eight days. I can source raw materials from abroad, but it’s nice to know that if I buy from ten farmers locally, that’s ten families impacted. There are a lot of challenges in the agro-processing sector that I know my products can help solve.” 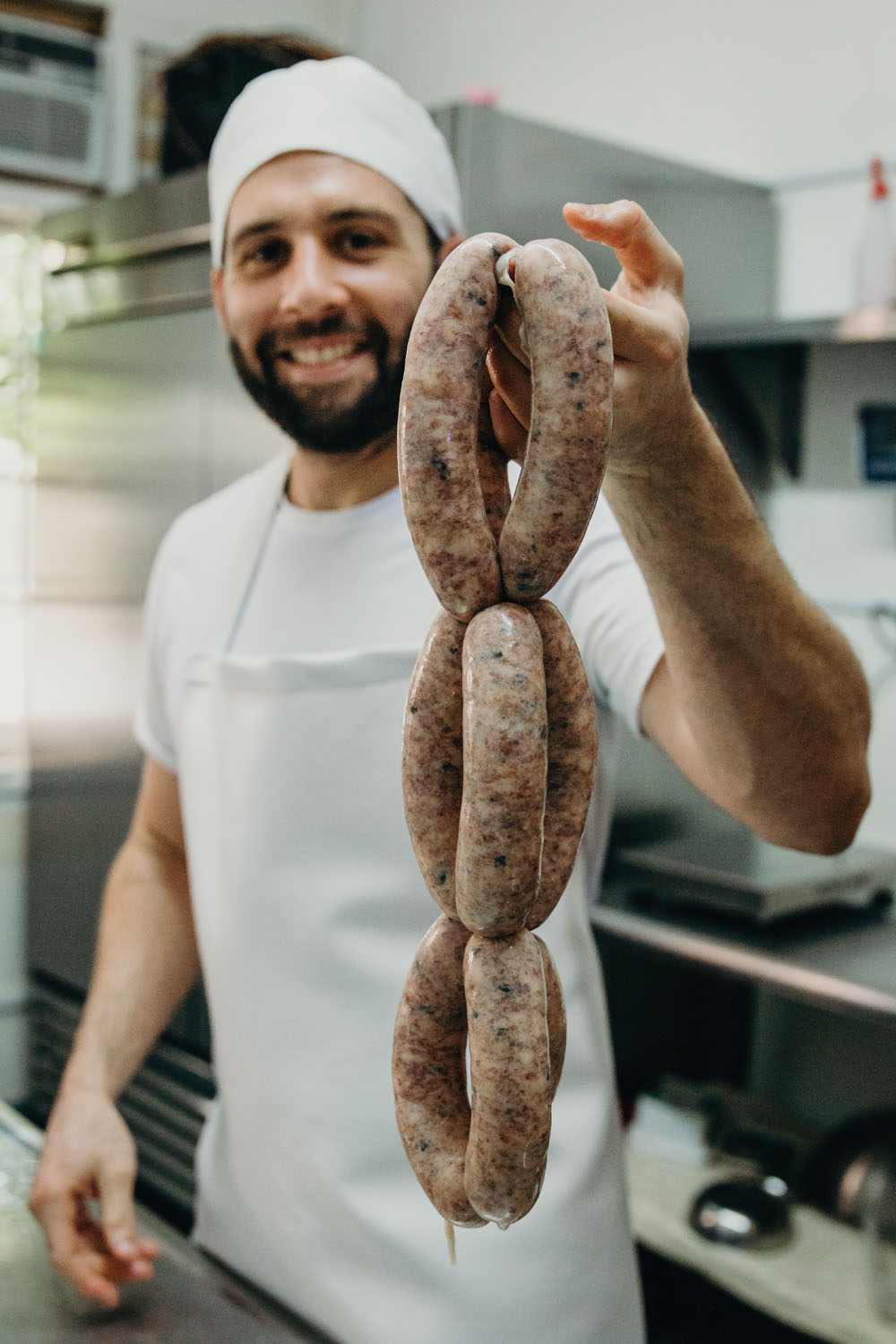 Do you know what goes into your sausage? If you’re eating a Del Mano artisanal sausage, you can rest assured that it’s made from high-quality ingredients and 100% passion.

Founder Stefan Grosberg doesn’t hide what’s in his handmade local sausages or what it took to create them. Prior to establishing Del Mano Food, Grosberg always had an interest in the sector, but wasn’t able to pursue it right away, choosing instead to follow his family’s business – engineering.

“I studied chemical engineering at the University of Bath and worked at Chevron Texaco as part of a course, but I knew I wanted more. I wanted a ‘green’ job where I would help to build a better society. I started Del Mano because I recognised the value of high-quality, real food. It was founded entirely on passion.”

Through travel, Grosberg was exposed to artisanal markets, and so he embraced the idea of starting small, using local ingredients to create superior products. From its humble beginnings in 2013, Del Mano Food was not afraid to carve its own niche.

Grosberg says: “When we first started making pesto, the local market was used to ‘green seasoning’, but we wanted to experiment with different herbs and pressed on. Similarly, we introduced premium, fresh sausages to the market which differed greatly from what was readily available such as hot dogs.” Del Mano was also the first to introduce local gourmet sausages such as Spicy Chorizo and Geera Pork.

As a manufacturer, Grosberg sources local inputs where available. Ideally, he would like to produce products made entirely of local ingredients grown to high standards and levels of wholesomeness.

Going artisanal can come at a high cost. “The paprika we make costs 2.5 times more to make than to import from Spain. That shows how far as a country we still have to go in the agricultural sector. We are strong believers in integrating a local supply chain and achieving food security, but there are enormous challenges in working with Trinidad and Tobago’s food supply structure.”

Still, Grosberg remains hopeful, thanks to the company’s loyal customers, many of whom have supported the brand since it was launched at UpMarket, a food and craft market. “Customers appreciate our high quality, and have ultimately become our brand promoters, sharing it with family and friends.”

Del Mano Food is nearing the end of an expansion project aimed at increasing production capacity and availability across the country. Look out for the redesigned Del Mano brand and packaging, the opening of a factory, and continued growth in retail spaces across Trinidad and Tobago.