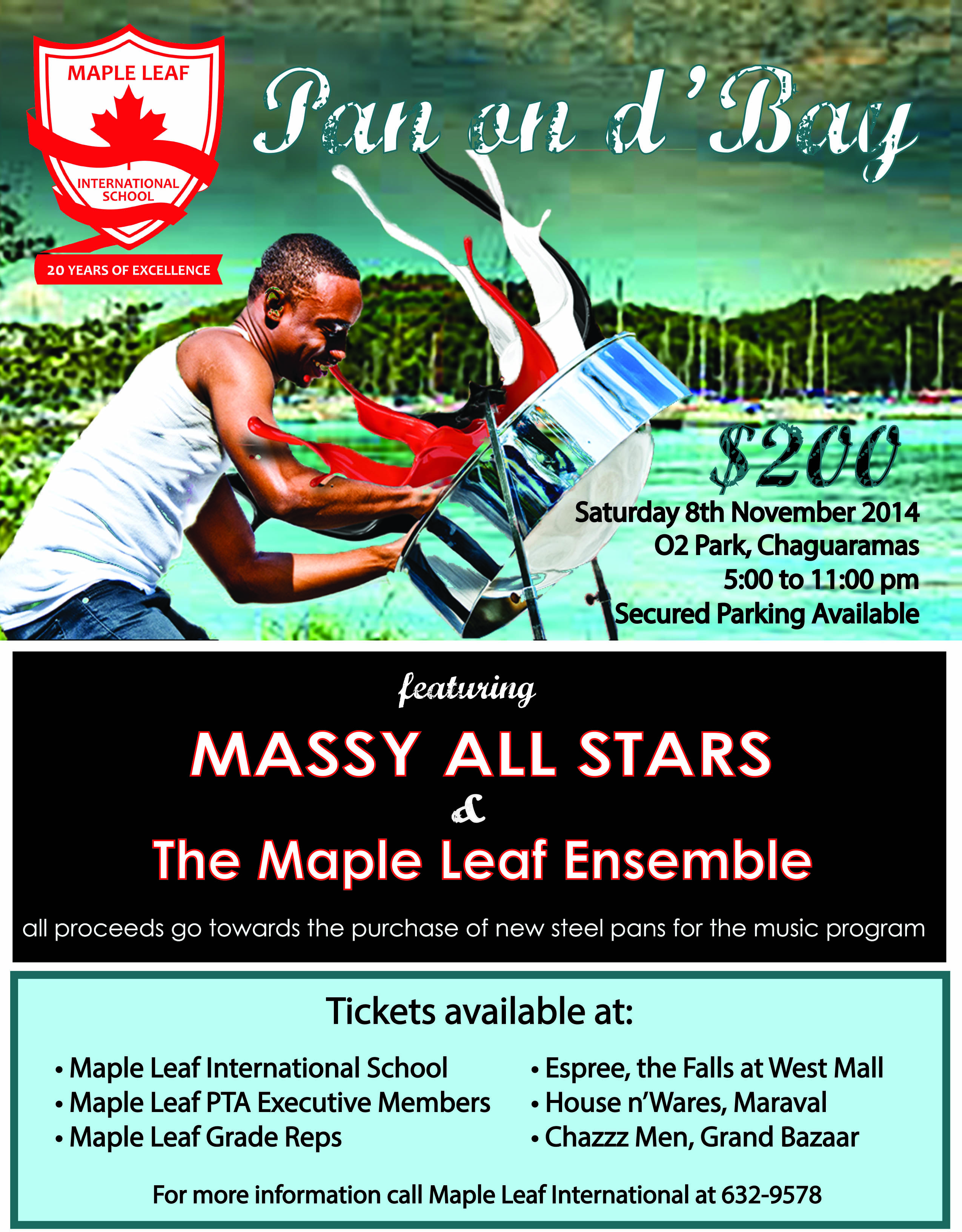 On Saturday 8th November, the Maple Leaf International School’s PTA will host a fundraiser called Pan on D’Bay, headlined by the Massy Trinidad All Stars Steel Orchestra and the school’s Maple Leaf Ensemble at the O2 Park in Chaguaramas, overlooking Harts Cut Bay, from 5:00pm.

The school, which celebrates its 20th anniversary this year, offers a Canadian curriculum in compliance with the Ontario Ministry of Education (culminating with an Ontario High School Diploma), emphasising academics, service achievements, leadership opportunities, as well as athletics and the arts.

It has cultivated its vibrant Pan Ensemble since inception, and purchasing TT$160,000 worth of new steel pans for the school is among its 20th anniversary fundraising goals. Maple Leaf says that the school places music at the centre of literacy, not only for the social benefits, as research has shown that students in music programs have higher test scores and cognitive development. Studies have also shown that music produces students who show higher levels of mathematics proficiency, develop a greater language capacity and a greater ability to learn a new language.

Tickets are $200 and can be purchased at: Espree, The Falls at West Mall; House NWares, Maraval, Chazzz Men, Grand Bazaar; and at the office of Maple Leaf International School. Food & drinks will be on sale and secured parking is available. For more information please call 632-9578. 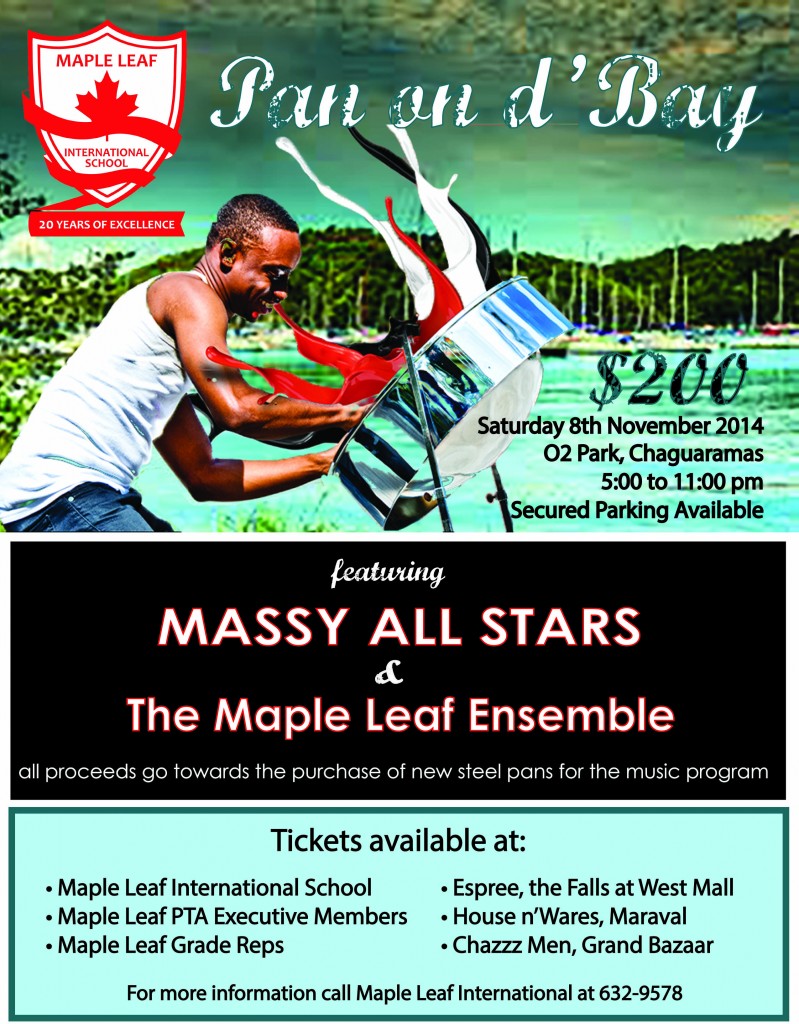