Pushing back against climate change in Trinidad & Tobago | Contact Magazine 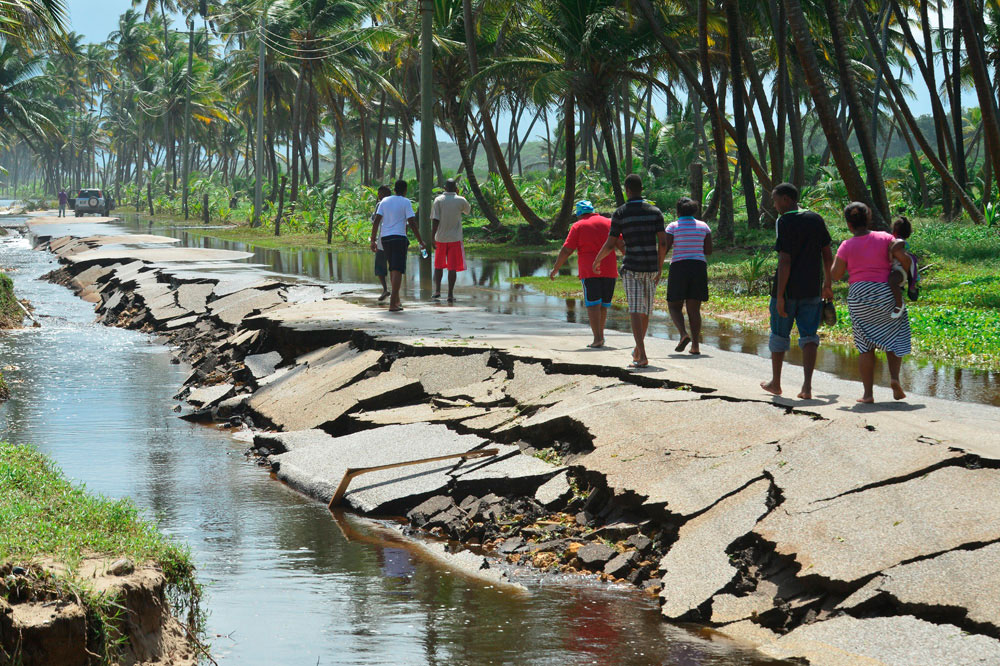 Extreme weather events are a solemn warning that business as usual is not an option for Trinidad and Tobago. Despite institutional inroads, there is a lot of work to be done if the risks to come are to be properly mitigated

We are constantly being told that the climate of our world is changing. In 2018, the Intergovernmental Panel on Climate Change (IPCC) warned that the costs of global warming are going to be far worse than expected, and that the impact on ecosystems, communities and economies will affect every single country and person on planet earth. We are already used to hearing of the devastating effects of extreme weather in our own region, not only at home but in other Caribbean territories (Figure 1).

Why is it, then, that climate change has not received greater recognition on the local landscape?

Rather than alarm, there is even scepticism about the very existence of climate change, attributing extreme weather events to a naturally occurring global cycle, rather like the “El Nino” phenomenon.

But science relies on data, and the story being told by the data is not a happy one.

The Trinidad and Tobago government’s Strategy for Reduction of Carbon Emissions in Trinidad and Tobago states that “there are several studies that found evidence of recent changes in the climate of T&T”. It goes on to say: “Over the last three decades, there has been an upward trend in temperatures” as measured by the Trinidad and Tobago Meteorological Service (TTMS). The National Climate Change Policy of 2011 spelled out our vulnerability by sector, each with its own imminent problems such as decreased crop yields and more vector-borne diseases and flooding.

The floods experienced in the last couple of years, increased coastal erosion, a blurring of the start and end of our rainy and dry seasons, and this year’s declaration of drought, all indicate that climate change is more than academic hyperbole. The data explain why some of the school classrooms we once occupied are now enclosed and air-conditioned.

Visually, anecdotally and mathematically, the evidence confronts us: climate change is here.

In the face of this reality, the reaction has been mostly institutional.

The Ministry of Planning and Development (MPD) has a Multilateral Environmental Agreements Unit. Its work has resulted in Trinidad and Tobago being the first country in the Caribbean to launch a monitoring, reporting and verification (MRV) system. The ministry has also launched a Knowledge Management System (KMS), along with a pilot project for the National Climate Mitigation MRV system.

The academic community is also involved. The University of the West Indies (UWI) is leading a group of ten universities (two from each continent) working on the UN’s Sustainable Development Goal 13: Climate Action, mobilising research and advocacy for the achievement of a climate-smart world. UWI experts Dr Michael Taylor, Dr Leonard Nurse, and Professor John Agard are members of the IPCC itself. The University of Trinidad and Tobago (UTT) is also active in this area through staff and student research across several departments.

Trinidad and Tobago is a signatory to several multilateral environmental agreements, including the United Nations Framework Convention on Climate Change (UNFCCC), the Kyoto Protocol and Paris Agreement, the Vienna Convention and the Montreal Protocol.

Several local energy companies make their own assess-ments of climate change, to determine the likely impact on their operations or to minimise their contribution to greenhouse gas emissions. The non-energy private sector too is starting to shoulder its environmental responsibility: Massy Stores, for example, the largest supermarket chain in the country, is promoting the use of reusable shopping bags by placing a disincentive cost on single-use plastic bags.

Environmental action is beginning to build in pockets throughout the public and private sector, ranging from the Trinidad and Tobago Solid Waste Management Company Limited’s (SWMCOL’s) iCare Recycling Programme to car dealers offering vehicles not fuelled by gasoline.

As a signatory to the Paris Agreement on climate change, Trinidad and Tobago has committed to reducing its greenhouse gas emissions by 15% by 2030. How can a business contribute to this process? Here are a few steps which firms can take.

As a nation, we should be guided by an overarching climate change framework. This should inform policy as it pertains to planning (building climate resilience), energy consumption (incorporating renewable energy, with the option to sell electricity back to the grid), transport and industry. Perhaps then our voice will be heard globally, setting the standard for other small-island developing nations to follow in resisting the intensification of climate change.

Is climate change in the Caribbean real?