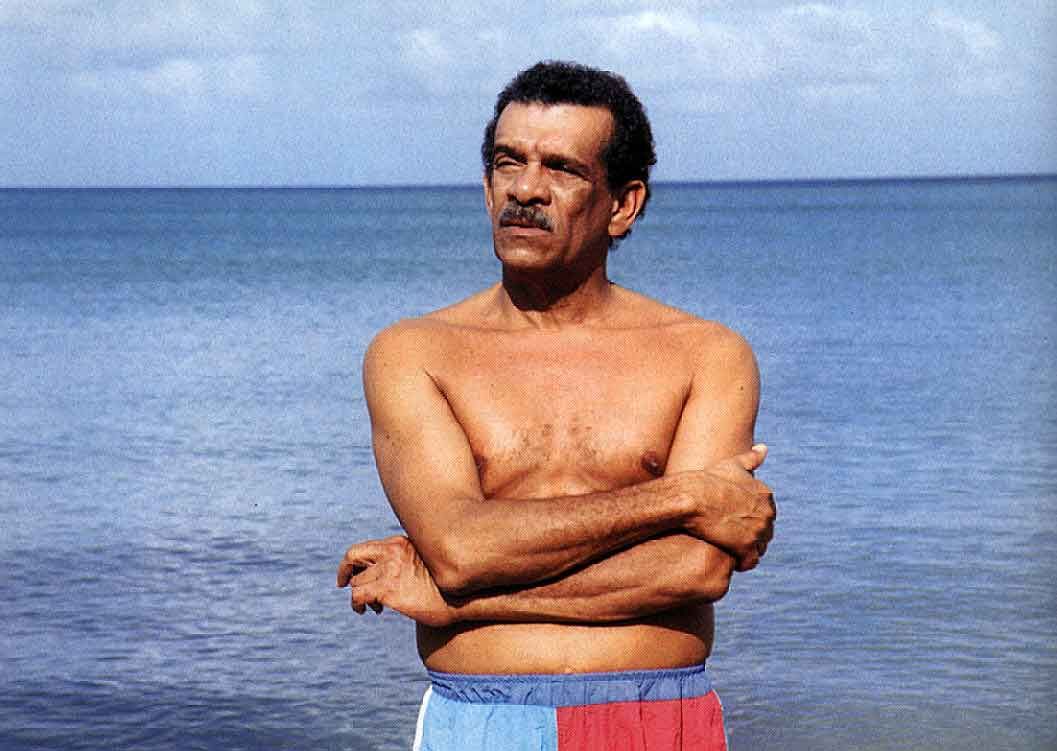 This morning, the legendary St Lucian writer, Derek Walcott, passed away. Over the years, commensurate with the scope and magnitude of his work, we have covered him a great deal in Caribbean Beat, The Caribbean Review of Books, and here on the MEP blog. As the region and the literary world bid him goodbye, we look back at some of that coverage. Our deepest condolences and best wishes go out to his family, and to all who loved and admired him. The man and his legacy will never be forgotten.

WH Auden’s elegy for WB Yeats famously lamented that “poetry makes nothing happen” – a gloomy thought for a sad occasion. But in retrospect Walcott’s career has shown that the reverse can also be true. Beginning in the ruins of empire, among a people dismissed for “creating nothing”, Walcott has transmuted mimicry into high culture and redeemed our emptiness. In Walcott’s Caribbean, “nothing” makes poetry happen.

Not surprisingly, then, The Prodigal covers a lot of ground, and not just spatially. It moves back and forth in time and memory, making connections across the span of his life and his books. It is as if the poem, as it evolved, drew into itself all the possibilities for short poems that crossed its horizon. Virtually every section can stand on its own as a whole poem, but all contribute to a whole that is as real in its disjunctions as in its continuities. In a 1990 interview with J.P. White, Walcott, using the sea as a symbol for a way of movement and being that contrasts with those of what is conventionally called history, said: “With the sea, you can travel the horizon in any direction, you can go from left to right or from right to left. It doesn’t proceed from A to B to C to D and so on.” This description is appropriate to the movement of The Prodigal.

Accepting the legacy of the English language was to remain a focal commitment for Walcott: but it came with the conflicting problem of identity. How to fight free of the world of the coloniser which is preserved in that legacy? The problem penetrated to a deeper issue: the void of the region’s absurd past, its condition of historylessness. For Walcott, though, this historylessness carried with it a pressing imperative: invention and new creation. Quite early on, he settled upon the Crusoe-castaway figure as the classic metaphor for the Caribbean’s past and the necessity of creating anew. The figure Robinson Crusoe embodies the isolation and abandonment of the Caribbean’s uprooted peoples, and the corresponding imperatives of survival.

Publications around the world have also paid tribute to him, including: