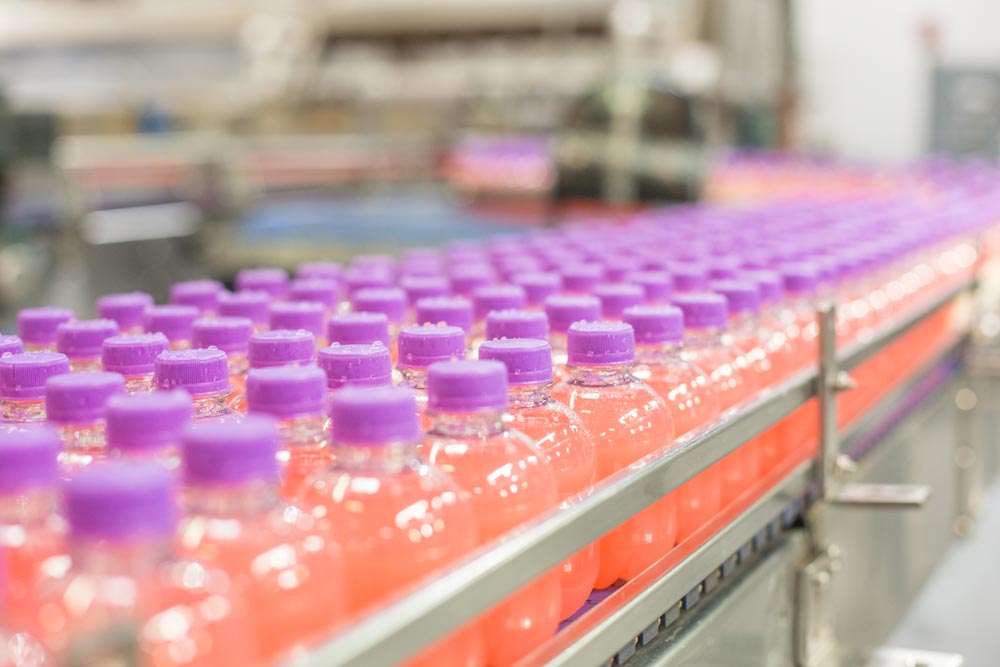 This year’s winner of the prestigious Chamber award is a worthy Champion of Business, as its remarkable export success shows 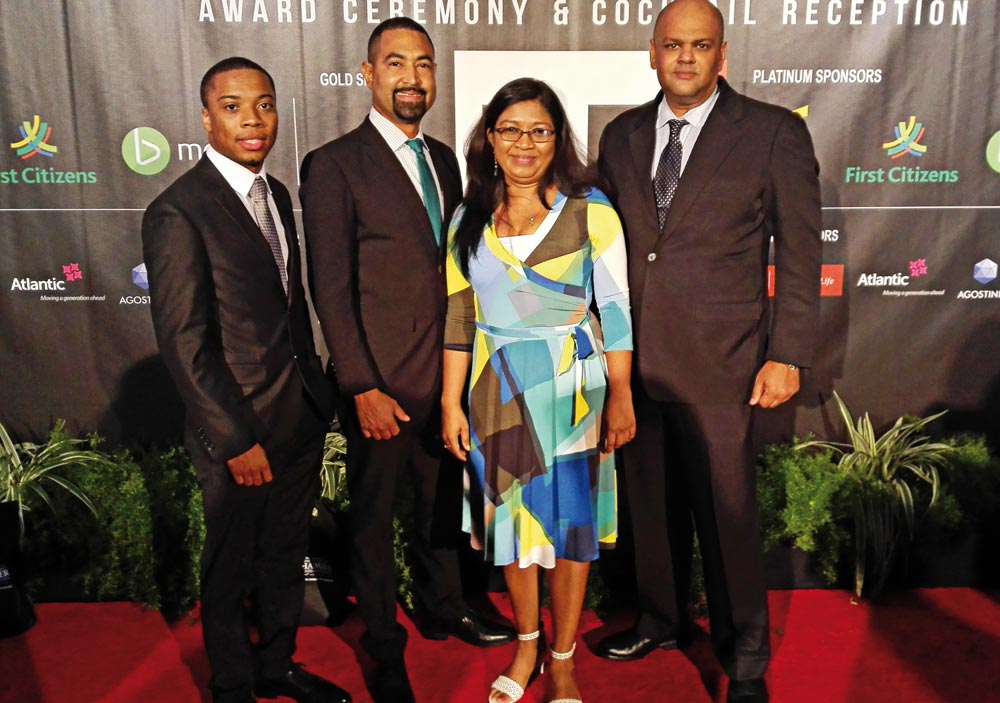 After almost a century in business, SM Jaleel is a proud locally-owned player with a strong presence on the global stage. It is the largest manufacturer of non-alcoholic drinks in the anglophone Caribbean.

Its many brands – fruit juices, soft drinks, flavoured water, energy drinks – are distributed around the world by nearly 100 distributors, and can be found in over 30,000 wholesale and retail stores, including Walmart in the United States.

The company manufactures its own PET containers, a technology it pioneered in the Caribbean in the 1980s. Its staff has grown from 25 to 1,378 located in ten different countries in five continents. 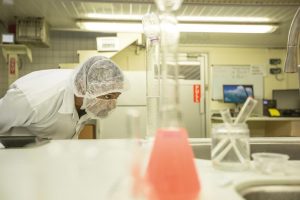 The family-owned business of SM Jaleel was founded in 1924 by a young visionary entrepreneur, Sheik Mohammed Jaleel. He used to make the company’s first product, Jaleel Beverages, under his house in San Fernando, and marketed it to clients from a traditional horse and cart.

Jaleel Beverages were followed by a string of other brands. Wonder in the late 1930s, Applette, Joe Louis Punch (after the famous boxer whom Jaleel brought to Trinidad), Red Spot. Dixi Cola successfully expanded the portfolio in 1968. By the time Red Spot hit the market, SM Jaleel was operating ten trucks and an automated production line. The company could produce about 90 cases an hour, and a case of sweet drink cost 24 cents.

The export journey began in the 1950s, when Jaleel built a factory in Grenada, run by his son Zaid, to produce Red Spot in glass bottles. The company’s fortunes dipped somewhat from the late 1960s, and Sheik Mohammed Jaleel died in 1977, after selling the business to Shaffikool Mohammed, the husband of his daughter Salaha.

So a new generation took over the business and revived both the founder’s vision and the company’s fortunes. Aleem Mohammed, Jaleel’s grandson, joined the company and rose to become chairman. The business moved to Otaheite Industrial Estate, where it is still headquartered today. New products were introduced – Pear D, Cole Cold, Fruta, the large bottle, Caribbean Cool. The company earned franchises from well-known international companies – 7-UP, Capri Sun, Cadbury Schweppes. By 1988, market share had grown to 30%.

The first export shipments had been made from Trinidad and Tobago in 1983. The main export markets were the UK, the USA, Canada, Jamaica, Antigua, Dominica, and Barbados. SM Jaleel began awarding its own franchises: third party manufacturers produced and distributed the Caribbean Cool brand, for instance, in Canada, the USA, England, Scotland and Malaysia.

The business grew and grew. It continued to produce new brands, notably Chubby (1993) in its specially designed chubby bottle aimed at children. The company started winning awards for exports and innovation. Busta followed, and Viva flavoured sparkling water. With the help of subsidiaries, joint ventures and franchisees, SM Jaleel was doing good business everywhere from Barbados, Jamaica and Guyana to Haiti, Mexico and Brazil, Guatemala and North America.

As the brand list continued to swell, the company added Fruta Kool Kidz, Oasis bottled water, Caribbean Cool drinks, 1-litre Fruta, and Turbo energy drinks. It acquired the franchise for Tampico. It set up a plant in Saudi Arabia to export to the Middle East, and another in Durban to market Chubby in South Africa. It acquired  fruit  juice concentrate manufacturing companies in Trinidad and Jamaica, adding Trinidad Reconstituted juices and Juciful juices to the portfolio. These factories allowed vertical integration by buying fruit from local farmers and converting it into frozen orange and grapefruit juice concentrate for use throughout the year. 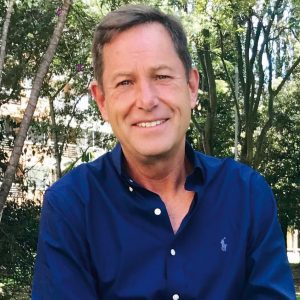 In an interview, Clint Villafana confirmed that working with his team has been a very rewarding experience. They were instrumental in the growth of the department, and in the expansion of the company’s footprint into more new markets in recent years, such as Ghana, Puerto Rico, Holland, Bonaire, Belize, and Aruba. “They have been key in the expansion of our existing SMJ portfolio within existing markets, and increasing overall market share for the company’s brands.”

Part of SM Jaleel’s success is surely due to the judicious selection of export models and products, based on careful market research. A franchise agreement? A new affiliate or subsidiary? Exclusive agreement with an experienced distributor? Outsourced production? The decision, Villafana explained, depends partly on the size of the country and its distance from Trinidad, which will affect shipping costs. “We perform a value chain analysis to determine the best approach.” 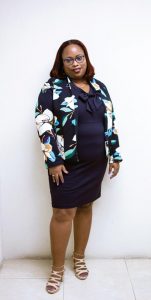 Local costs matter too. “Markets have different duty structures,” Villafana pointed out, “and as such can make our products uncompetitive due to price sensitivity. To address this in the Organisation of Eastern Caribbean States (OECS), many years ago we introduced a production facility in St Lucia, which allows us to benefit from a lower duty structure since we are selling from a Less Developed Country (LDC).”

Villafana continued: “Markets have different regulatory requirements in terms of labels and ingredients, so in entering markets we have had to work closely with our Research and Development team to customise some of our existing brands to meet these requirements.”

SM Jaleel makes good use of the Caricom free trade agreement, and is now expanding into Costa Rica, where it will benefit from concessions available under the trade agreement that country has with Trinidad and Tobago.

SM Jaleel has an excellent track record in responding to changing market conditions and innovating to support growth.

In 1984, for example, when the economic climate demanded a container that would bring consumers both savings and convenience, the company introduced the revolutionary Jaliter bottle (Jaleel + litre), and became the pioneer in large-format 2-litre soft-drink packaging. In conjunction with Reynolds Metals Company, it was the first company in the world to market fruit juices in two-piece aluminium cans using nitrogen technology, thus eliminating the need for artificial preservatives.

Chubby is another example of flexibility. It was born when SM Jaleel observed that children were being given soft drinks in large bottles which were cumbersome for them to hold: so it filled that gap in the market by introducing the flagship brand in its characteristic chubby bottle.

Chubby changed the market and created a global transformation for SM Jaleel. Today, it is sold in over 60 countries and is manufactured on four continents around the world; it has proven to have almost unrivalled global reach in terms of penetrating new markets and countries.

SM Jaleel is notable for its response to environmental challenges too. In Trinidad, it recycles all its cardboard, cans, plastic bottles, shrink wrap, cardboard, pallets, metal drums, and unused tetra packs. It is in the process of building a waste water treatment plant. It is working to reduce the materials in its packaging, and lowered the weight of its plastic water bottles by half in two years.

It takes corporate social responsibility very seriously too. One of its recent projects has been to partner with Vitas House Hospice during Cancer Awareness Month (October), to raise funds to promote cancer awareness through education, early detection, and treatment. In another project, the company was one of the first to respond to hurricane-ravaged Dominica last year, sending over 200 tonnes of drinks, water, food, toiletries and groceries as part of the relief effort. 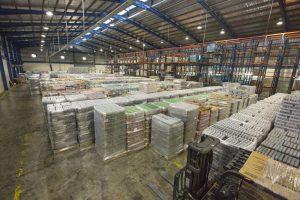 One of SM Jaleel’s current objectives is truly remarkable: it wants to leverage its export success so as to give a platform to other Trinidad and Tobago manufacturers and exporters.

SMJ Director Dr Mikaeel Mohammed told a business audience earlier this year that the company wanted to help exporters get things done, and was already working with one of Trinidad and Tobago’s best-known brands, using SM Jaleel’s existing distribution and marketing network. “We want to help each and every company here [to] reach destinations you never dreamed of,” he declared. “Caribbean brands are just as good [as international ones], if not better.”

It sounds like the same sort of innovative thinking that has marked out SM Jaleel since its earliest days in San Fernando. While it pursues its aggressive growth campaign, takes care of its corporate social responsibility, and continues to innovate, SM Jaleel has placed its brands – and Trinidad and Tobago – in the hands of consumers across the world.