They are steadily creeping through the Caribbean: new forms of currency, new ways of paying for things, young companies shaping their own niches in this new “fintech” market. Have you topped up your digital wallet yet?

In 2017 three young tech entrepreneurs came together to form a company called CariCrypto Limited, aiming to make cryptocurrencies more accessible and usable in Trinidad and Tobago.

They offered the first advisory services for buying, storing and selling over 1,000 cryptocurrencies (digital encrypted currencies). These services are especially useful for people unfamiliar with the financial technology (fintech) market, but who want to invest securely in blockchain “digital ledger” assets.

CariCrypto bridges this knowledge gap by taking care of security – assets are held in cold storage hardware digital wallets – and liquidity issues. It is also working on an investment fund for local and international clients, secured against blockchain assets.

Dr Christian Stone, one of the co-founders of CariCrypto, recalls that the lack of local regulation made their approval process complicated. “We had to source international banking partners, as many of the local banks denied our request to open accounts because of the lack of regulatory direction.”

Another co-founder, Jordan Millar, predicts that the initial impact in the Caribbean will be seen in countries where most people do not have access to electronic banking. “Programmable money drastically reduces the middleman in several areas. Wherever a contract is used to legally bind people, cryptocurrency can and will likely be disruptive, ranging from asset transfers to insurance contracts.”

He expects that Trinidad and Tobago will lag behind for some time. But people will still be able to take advantage of technological innovation in the blockchain ecosystem through CariCrypto, because of its decentralised and non-discriminatory nature.

Another of CariCrypto’s co-founders is Marc Persaud, who is also Group Manager, Strategy and Business Development, for the ECH Group of Companies, headquartered in Antigua. ECH too is on the cutting edge of the Caribbean fintech industry, having launched SugaPay, a digital mobile wallet, in 2013.

This electronic financial transaction system allows users to operate in a cashless environment by using an app on their mobile phone to access and manipulate funds. From this single, central digital location, users can perform transactions that would normally require cash, such as merchant purchases, bill payments, topping up mobile phones, and even government business like paying for driver’s permits and work visas.

Verification of transactions, to ensure that they are compliant, is undertaken by ECH’s sister company Global Processing Centre, the only indigenous international processing centre in the region.

Persaud says: “This technology has just begun to infiltrate the Caribbean. The major driver is the millions of persons who are unbanked or underbanked, and limited to a cash-only system. This digital model has proven to be a powerful catalyst for economic growth in other developing markets.”

One of SugaPay’s unique features is that its digital mobile wallet offers customers several physical touch points, including the use of an ATM card. Since its launch in Trinidad and Tobago in 2017, SugaPay has worked initially with local credit unions, which for the first time will be able to offer their members access to a fully integrated payment ecosystem.

SugaPay already has a presence in Montserrat, with plans for Jamaica, Barbados, Suriname and Guyana. “Although Trinidad and Tobago has one of the highest GDPs in the Caribbean,” Persaud says, “it lags behind some of our sister islands in the adoption of technology. So introducing new fintech and building demand for a seismic shift of this nature has been challenging.” 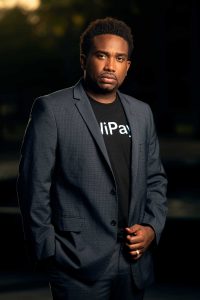 Launched in Trinidad and Tobago in 2017, WiPay allows users to convert cash to digital currency, which can be used to make electronic payments online wherever WiPay is accepted. People excluded from digital transactions because they did not have a credit card, debit card or bank account, have been the most affected so far.With operations expanding Grenada, Guyana, Haiti, Jamaica and St. Lucia, WiPay has worked with several local and regional corporations and the Trinidad and Tobago government. Payment platforms are integrated by combining the services of the regulated financial institutions with WiPay’s proprietary technology. Point-of-sales terminals can now be integrated with the most commonly used card payment terminals.

WiPay also provides distinctive wristbands to facilitate contactless payments. In addition, it’s new “pay with a smile” concept allows users to combine biometrics with a 4-digit PIN in order to make payments. As part of an initiative with the judiciary in Trinidad and Tobago, CourtPay was launched in April 2018, to introduce digital payments to the process of making and collecting maintenance payments, with plans to add court fines and fees.

Aldwyn Wayne, WiPay’s CEO, says: “WiPay is expanding its services across the Caribbean and to other developing countries. We want to provide financial inclusion for people from all walks of life. We want to become the trusted digital financial network connecting Caribbean people as well as the diaspora.” 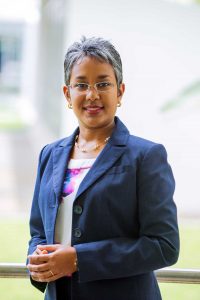 Bitt, a fintech company based in Barbados, is focused on financial inclusion in the Caribbean, particularly for the unbanked and underbanked. By reducing the cost of payments and transfers, including remittances, Bitt can help countries reduce their reliance on the US dollar for trade, thus improving the ease of doing business in the Caribbean, and safeguarding foreign reserves.

Bitt supports traditional financial institutions, such as regional central banks, with its solution for minting and issuing digital fiat currency. This digital cash can be used in much the same way as traditional currency, to make purchases, pay bills, or send and receive money, using Bitt’s mobile wallet and merchant/teller application on a tablet or smartphone. This innovation will reduce operating costs for central banks, and allow more efficient access to financial services for the entire population.

Bitt is supporting regional governments and central banks to develop blockchain-based solutions with a view to increasing efficiency in the delivery of public services, and improving transparency, thereby reducing corruption and ultimately creating a more supportive business environment. It is eagerly awaiting the Trinidad and Tobago Central Bank’s new regulatory framework for the digital financial space, and welcomes the updating of legal and regulatory frameworks across the region.

The prominent Trinidad and Tobago businessman Peter George is chairman of Bitt. Bitcoin is already accepted at his Port of Spain restaurants Trotters, Prime and Buzo Osteria Italiana.

To use this payment method, a customer must first acquire some bitcoin, a cryptocurrency which is stored in a digital wallet. The coin is then transferred electronically from the consumer’s wallet to the business’s wallet, using cryptography. To be quick and seamless, this requires solid internet communications and data strength.

The main advantage of using bitcoin is the opportunity it gives the underserved to access financial services without excessive bank fees and regulations. Costs are much lower than with credit and debit cards: bitcoin transaction fees range from as little as 0.001–0.002%.

“For now,” says George, “there has not been a great material impact. When we first introduced the concept we had many transactions using bitcoin, but this has since waned, as now people view it more as an investment than a trading currency.”

While the current fluctuations in value are not entirely abnormal for a nascent financial instrument, George believes bitcoin will eventually settle at between US$250,000 and $1,000,000 per bitcoin. With value up by 750,000% from US$0.009 in 2010, further movement from US$7,000 to US$250,000 is not impossible. However, George expects that the price of bitcoin will eventually stabilise, making it more functional as a currency.

As well as making payments in digital currency, you can take out loans online these days. Term Finance, a relatively new entrant to the Trinidad and Tobago financial market, is a completely web-based credit business, offering responsible loans to employees of reputable organisations, and to small and medium-sized businesses.

The firm started its online lending operations in Trinidad and Tobago in 2015, and has since expanded to Barbados, Guyana and Jamaica. It has acquired a micro-finance licence in St Lucia, and plans to go live in that market by the end of 2018. To date, from a central processing centre in Trinidad, Term Finance has disbursed more than 10,000 loans across the Caribbean, using only digital channels to access and engage customers.

Oliver Sabga is the co-founder and CEO of Term Finance, which recently engaged an international consultant to build a Financial Wellness Module which will deliver training to customers via their smart-phones. “Initially it was challenging to acquire customers through solely digital means, but by staying true to our objectives, our team developed strong digital competencies, and as a result our cost base remains very controlled. This has allowed us to adapt and react swiftly to market developments and threats.”