Antiguan kiteboarding pioneer Andre Phillip goes airborne on the cover of the latest Caribbean Beat, introducing a feature on adventure travel in Antigua and Barbuda. From ziplining to kayaking, the region’s leading arts and travel magazine shows readers how to have an adrenaline-fuelled visit to a pair of islands better known for lazy beach days and rum cocktails.

Elsewhere in the September/October issue, Caribbean Beat profiles Trinidadian-Canadian filmmaker Richard Fung, who has crossed boundaries of self and subject over his celebrated career. Fung’s latest project, Re:Orientations, looks back to his first ever film, released thirty-two years ago. Also in the current issue, Jamaican writer Jean “Binta” Breeze recollects her early days as the first female dub poet, and how the politics of her youth helped shape her writing and performance. The magazine also features an interview with Sean Leonard, architect and co-founder of the innovative Port of Spain arts centre Alice Yard, which celebrates its tenth anniversary in September 2016.

Alongside Antigua and Barbuda, this issue’s travel section takes readers to Ponce, Puerto Rico’s “Pearl of the South,” and suggests how to make the most of a brief trip to Port of Spain, in a new column called “Layover”. The magazine also visits south-west St Lucia: the lush, rugged landscape “Between the Pitons” — where the small town of Soufrière is the gateway to hiking, waterfalls, and volcanic hot springs.

Other highlights of the new Caribbean Beat include the story of four Antiguans who braved “the world’s toughest row,” across the Atlantic Ocean; a look at how a “new indigenous” movement in Caribbean food is rediscovering the cuisine of our Amerindian ancestors; and a report on the CimaVax lung cancer vaccine, developed by Cuban scientists and now set to be adopted internationally. Other columns look at Divali celebrations and the Brooklyn Book Festival, and offer advice on how to adapt an ordinary urban garden to attract colourful wildlife. 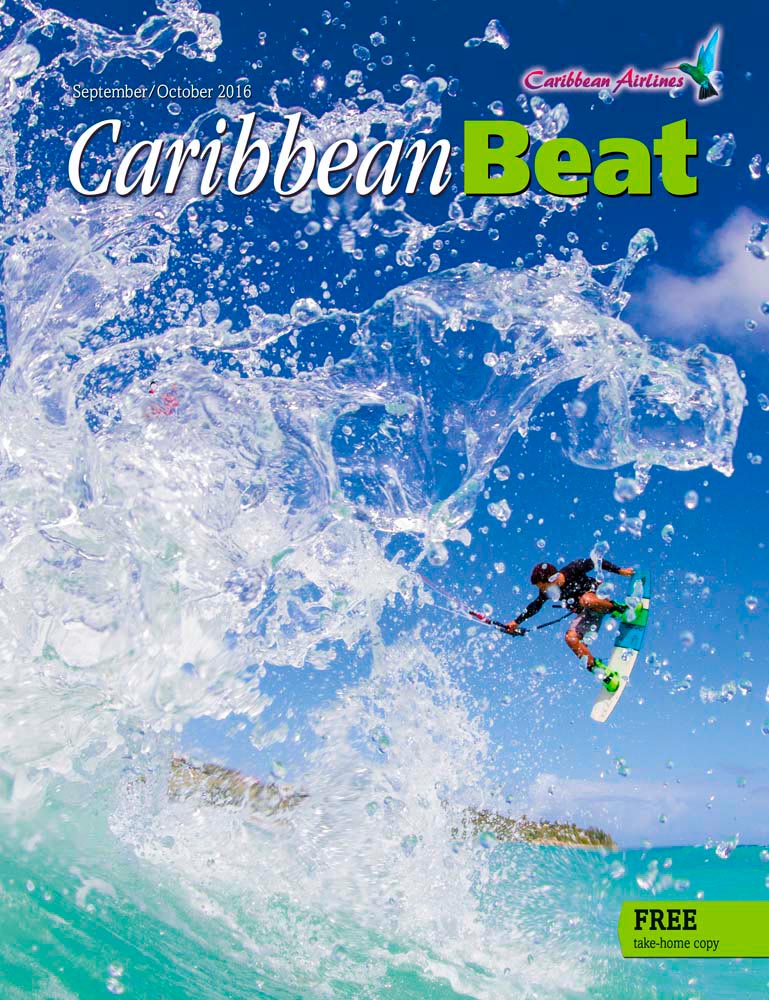