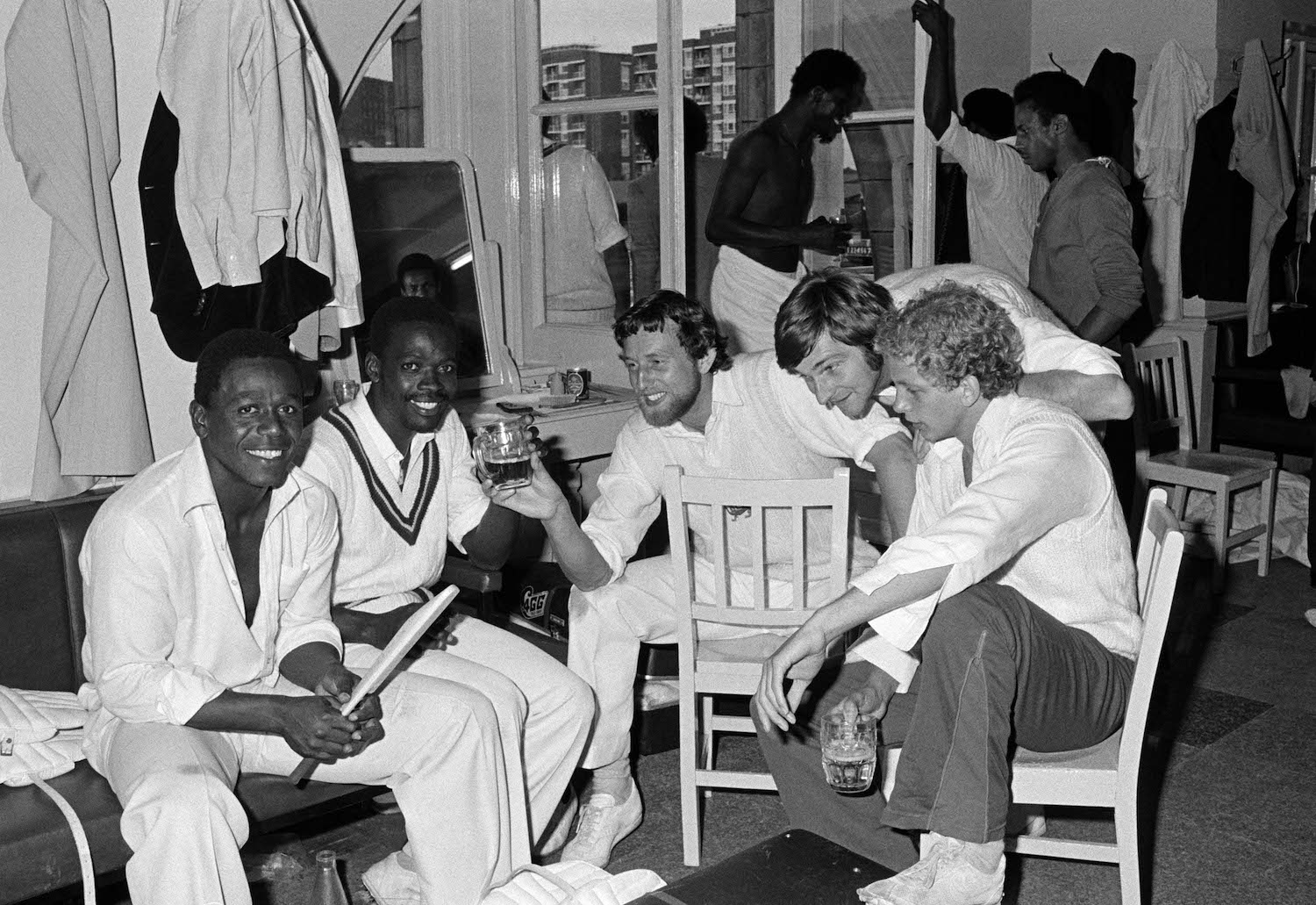 40 years ago, the most complete team ever to play the game of cricket won the ICC World Cup in the UK. Nasser Khan takes a look at the West Indies’ “Bomb Squad” that devastated the opposition as they defended their title in 1979

Winning the inaugural ODI-format World Cup Tournament in England in 1975 was quite an achievement for the West Indies and their fans. But it was their phenomenal repeat four years later in 1979 that made this “Bomb Squad” seem invincible.

As in 1975, the team was led by the indomitable Clive Lloyd (“most valued player” in the 1975 final against Australia), more than ably assisted by the experienced and thoughtful wicket-keeper, Deryck Murray, former QPCC President. Clyde Walcott, one of the legendary Three W’s, was the all-important Manager. The supporting cast featured Viv Richards, Gordon Greenidge, Alvin Kallicharran, Collis King and Andy Roberts, with new players in Joel Garner, Desmond Haynes, Michael Holding, Larry Gomes, Colin Croft, Malcolm Marshall, and Faoud Bacchus.

This was a team filled with the pride and passion of representing the “maroon” on the world stage. It ruthlessly demolished all challengers, and skipper Lloyd was able once again to lift the coveted trophy on the balcony of the pavilion at Lord’s, loudly cheered by the team’s adoring fans among the sold-out crowd.

Collis King batting for the West Indies during the World Cup Final between England and West Indies at Lord’s Cricket Ground in London, 23rd June 1979. The West Indies won by 92 runs. (Photo by Phil Sheldon/Popperfoto via Getty Images/Getty Images)

This was essentially the dream team that would rule the cricketing world for the next 15 years. There were attacking and dependable batsmen (Greenidge, Haynes, Richards, Gomes, Kallicharran, Lloyd, King), genuine fast bowlers (Roberts, Holding, Garner, Croft, with Marshall as back up), and athletic fieldsmen with powerful arms (the entire team).

The West Indies’ emphatic victory was due in large part to the fifth-wicket stand of 139 between Viv Richards (138 not out) and Collis King (86), and the tight spells of bowling. Among the bowlers, Joel Garner took 5-38 off 11 overs to lead the pack, with Roberts, Holding, Croft and Richards just as miserly.

If Viv was mighty and majestic, then “King” Collis was regal, smashing a 67-ball 86 including ten fours and three sixes.

West Indies were 125 for 4 at lunch, King on 19. It was after the break that the King mayhem started, as he twice smashed Wayne Larkins for six in an over, and then clipped Boycott off his toes for another big one. His blitz ended when he tried to pull Phil Edmonds to the square-leg boundary, at which point Richards continued the carnage.

Richards’ 37 in the last 42 runs included an unforgettably nonchalant final-ball flick for six over square leg. England skipper Mike Brearley admitted that he felt powerless in the face of King’s and Richards’ brutal onslaught.

In their turn at the crease, England went from 129-0 to 183-2 to 194 all out, losing the last 8 wickets for 11 runs. Garner’s figures included 5 for 4 off 11 balls, which remain the best bowling figures in a World Cup final. From tottering aimlessly on 186-6, Garner effectively finished off England’s tail, bowling Wayne Larkins and Chris Old for ducks and then, with the last ball of his 11th over, having Bob Taylor caught behind, also for 0.

An interesting moment in the match was the seemingly tactical “dropped catch”, a dolly, by skipper Lloyd, normally the safest of hands, off typically slow-going Geoff Boycott.

The young and talented Malcolm Marshall, who was an understudy to the “big boys” in 1979, went on to become one of the best fast bowlers of all time.

This memorable final will live on in the hearts and minds of West Indian cricket fans, who could never have envisaged, back then, that it would be the last time they would lift the trophy.