Tour of Siparia, Trinidad – the City of Sand 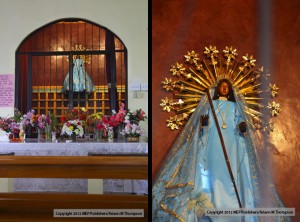 Sometimes tourists to our shores end up seeing and knowing more details about our islands than most of us locals!

Out of the four sites we visited during my recent trip to Siparia, I had heard about one and was pleasantly surprised to learn that another site was even a part of our history. The latter, mind you, has been a popular stop for tourists for years!

Thanks to my mother, who had to go to Siparia as part of a project she was doing, I learnt a great deal about this community and our islands’ history. I was pleased that Angelo Bissessarsingh, a historian among many other things, was there to explain each site turning our visit into a very informative tour!

This park has served as a central spot for the community, coming alive on afternoons and on the weekends with athletes and sports supporters gathering here. Vendors selling food and other items set up shop nearby, along with a very busy taxi stand.

Some of the facilities need to be updated but that doesn’t seem to keep it from being utilised. With a space for joggers, a football field, pool, cricket pitch, basketball court and an old cycling track, this park has produced some of the country’s top sports personalities. 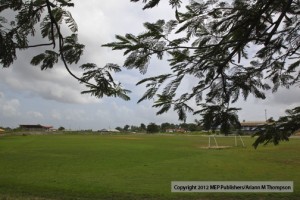 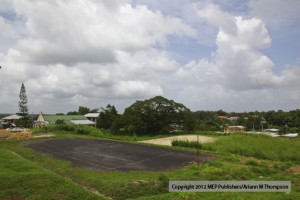 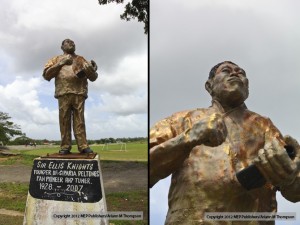 The statue of Sir Ellis Knights, who is the founder of the Siparia Deltones, is displayed at the park.

Sipari Mai (also known as La Divina Pastora) is the patron saint of Siparia. There are many myths and legends as to how the statue came to Siparia, one being that the statue was born from the sands of Siparia. There is an actual diary entry in the Catholic Church records, which said a priest came from Venezuela in the very early 1800’s bringing the statue with him saying that it had saved his life. This diary entry is the earliest documentary evidence of the statue’s existence.

Recently the statue was restored and is kept behind a locked iron gate in La Divina Pastora Roman Catholic Church. Once a year, beginning on Holy or Maundy Thursday, the Sipari Mai and La Divina Pastora festivals take place. It is a large, cross-cultural two-week event where both Hindus and Christians journey to Siparia to honour, worship and visit the Madonna Murti. On our visit there were many parishioners visiting the statue, and they sat in quiet meditation in the pews in front of her. Gifts of flowers adorned both the inside and outside of the shrine. 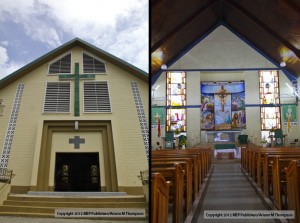 Several candles are lit on the stand next to Sipari Mai 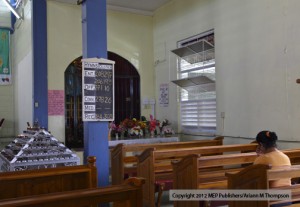 A parishioner sits in quiet meditation in front of Sipari Mai 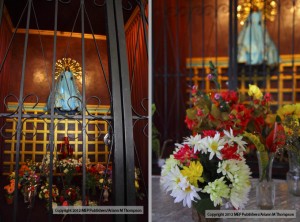 Flowers adorn both the inside and outside of the shrine

In 1913, the Trinidad Government Railway extended a line to Siparia. The railway station, which can still be seen, was built in 1914. A few other buildings such as the houses for the railway staff and a small guesthouse for travelers are still on the site but are now being used as residences. Siparia was the last stop on the train line and a turntable was used so the locomotive could be pointed back towards Port of Spain. I believe the turntable still exists but it was covered over by brush, so we couldn’t see it. This site is now the home of Siparia’s Deltones Steel Band. 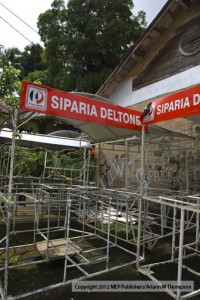 Banwarie Trace is the site of the oldest human habitation in the West Indies. In 1969, the skeleton that has been named “Banwarie Man” was found on some land along the trace and represents a collection of the oldest human remains in the region. This find predates Amerindian culture known to archeologists, and based on the findings at the site it is assumed that Banwarie Man was in Trinidad when the island was still connected to South America.

The skeleton and contents of the archeological dig are currently housed in the University of the West Indies Life Sciences Museum. A heritage park is now being developed at the actual site on Banwarie Trace so that the skeleton and artifacts can return to the site, and the public can learn more about the life of the indigenous people of Banwarie Trace.

Many tourist groups visit this site, and recently indigenous people from Guyana journeyed to the site to pay tribute to their forefathers. 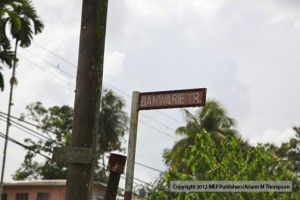 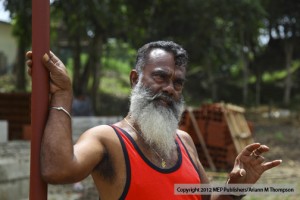 As a youngster, this man who lives on the trace, was a part of the original discovery and excavation. He is now the groundskeeper for the site. 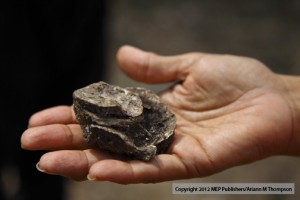 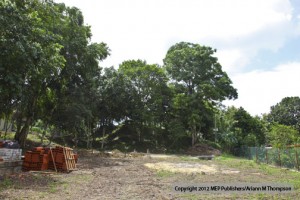 The site of the oldest human habitation in the West Indies