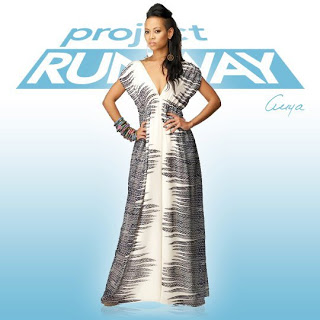 Trinidad & Tobago is, it seems, ready for its close-up… on American television, at least.

In the last few weeks alone, the islands have been featured (or mentioned) on three popular North American shows: Project Runway (Lifetime TV), through fashion designer and former Miss Trinidad & Tobago Anya Ayoung-Chee; allegedly haunted spots on Ghost Hunters International (SyFy network); and through Sasha Mallory, an American born to Trini parents shining on So You Think You Can Dance.

Meanwhile, the Trinidad-born, Canada-based chef Roger Mooking (who was featured in the March/April 2011 issue of Caribbean Beat), has not one but two shows on North American television – Everyday Exotic (on Canada’s Food Network, syndicated globally including on the US’ Cooking Channel) and Heat Seekers on the US’ Food Network).

And in the last few weeks and months, there have also been two full-length specials about Trinidad-born rapper and hip-hop star, Nicki Minaj.

While airtime like that may be a walk in the park for many a person or place, it’s ignited curiosity, pride, patriotism, criticism and debate among Trinbagonians everywhere from their living rooms to bars to social networks like Facebook and Twitter.

In case you’ve missed the episodes – and the people and topics that have tongues and finger-tips wagging – check them out here yourselves, and tell us what you think! (NB: we do not host these videos)

So You Think You Can Dance: Clip