As the London 2012 Olympic Games opened Friday night, the hopes of a nation were stirred once again as the 31-member Trinidad & Tobago contingent paraded into the Olympic stadium led by flag-bearer Marc Burns.

Despite the islands’ small size, Trinidad & Tobago has won a number of Olympic medals – 14 overall – since competing for the first time in 1948. And ironically enough, we at MEP are more closely connected to some of them than we even realised! 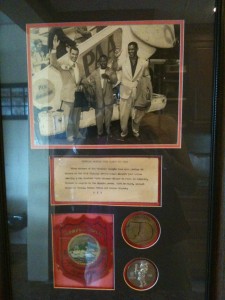 Our financial director Joanne Mendes’ recently deceased father, Herbert “Freddie” Mendes, was one of the trainers for 1948 and 1952 medallists Rodney Wilkes and Lennox Kilgour – the latter of whom is my grandmother’s half brother. 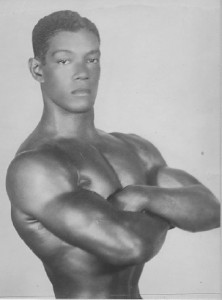 Looking back, but looking forward

The last edition of the Summer Olympics, Beijing 2008, was a good one for the Caribbean, and T&T. Trinidad and Tobago sprinter Richard Thompson was second to Bolt in the Beijing 100 and anchored his country to silver in the sprint relay. Based in Los Angeles, Thompson is hoping to return to the podium in London. 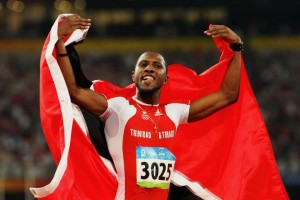 Richard 'Torpedo' Thompson triumphant at the 2008 Olympic Games in Beijing

Brian Lewis, secretary general of the Trinidad and Tobago Olympic Committee, says it is “very possible” the region will surpass its Beijing performance in London. “The Caribbean will dominate, especially in track, in particular the sprints, both in men and women.”

So who are some of the athletes with the greatest chance of taking up a spot on the medal podium this year? As in many previous years, Trinidad & Tobago’s best chances lie in Track & Field.

It was at at the World Junior (under-20) Championships in Moncton, Canada that a young Trinidad and Tobago sprinter, Jehue Gordon, romped home in the men’s 400 hurdles. He had drawn attention a year earlier with a fourth-place finish at the World Championships in Berlin. That championship run was one of the best performances I have ever seen by a Trinidad and Tobago athlete. I stood in awe at the Olympic Stadium in Berlin as the 17-year-old matched strides with the best one-lap hurdlers on the planet. He got home in 48.26 seconds, just three-hundredths of a second slower than bronze medallist Bershawn Jackson of the United States.

In Berlin, this teenager from Maraval, Port of Spain, became the youngest-ever World Championship finalist in an individual sprint event. Now 20, Gordon is hoping to turn his potential into precious metal in London.

Kelly-Ann Baptiste, from Plymouth, Tobago, is another Caribbean woman who could shine in London. In Daegu last year, she became the first female Trinidad and Tobago sprinter to earn a medal at a major senior global meet, taking bronze in the women’s 100.

The 21-year-old Trinidad and Tobago cyclist Njisane Phillip will make his Olympic debut in London: he will not be the favourite for sprint gold, but he should acquit himself well. His compatriot George Bovell, on the other hand, is a veteran swimmer who won a bronze medal in 2004 for the 200 metres individual medley. He will be 29 by the time he dives into the Olympic pool this year. London will be his fourth Olympic Games, and quite possibly his last; but he is determined to make an impression in the 50 metres free.

Andrew Lewisis the first sailor from Trinidad and Tobago to achieve the Olympic qualifying standard in the Laser Class and will be one of only 12 sailors from around the world to compete in that class in London.

In a nutshell: the Trinidad & Tobago stars to watch

Caroline is an editor and staff writer at MEP. She is also on MEP’s board of directors, and moonlights as an actor, singer, and director. She’s passionate about telling stories – on the page, on the stage, on screen – and in particular about documenting Caribbean lives and events. She’s currently trying to master unplugging from her iLife… For more: https://www.carolinentaylor.com.View Author posts